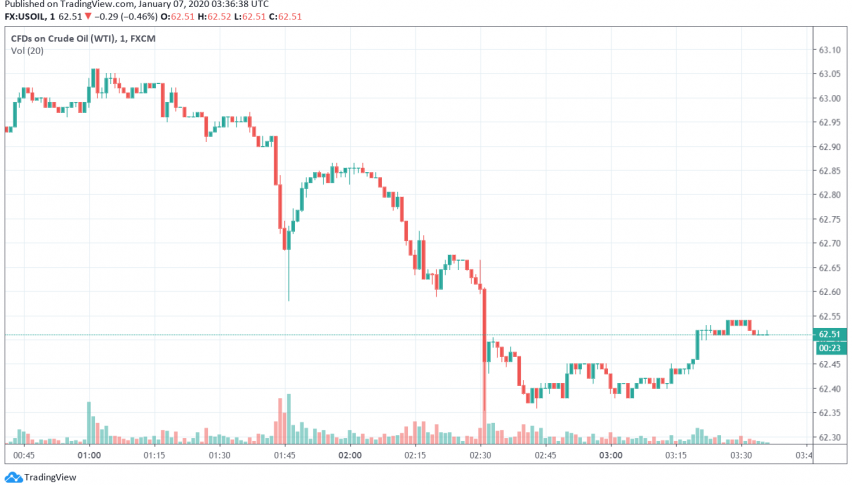 Early on Tuesday, WTI crude oil prices have slid lower from several months’ high as markets await Iran’s reaction to the recent drone strikes by the US which killed a top Iranian military commander. At the time of writing, WTI crude oil is trading around $62.51 per barrel.

Concerns that the conflict between the US and Iran could escalate sent crude oil prices soaring over the past few days, raising concerns of supply from leading oil producers getting impacted. Last week, the US launched drone strikes across multiple locations in Iraq and Syria and killed Iran’s Major General Qassem Soleimani, escalating tensions in the Middle East.

Crude oil prices, however, remain supported over the continued supply cuts by OPEC into 2020. In addition, a recent Reuters poll reveals a drawdown in US crude stockpiles during the previous week by around 4.1 million barrels.