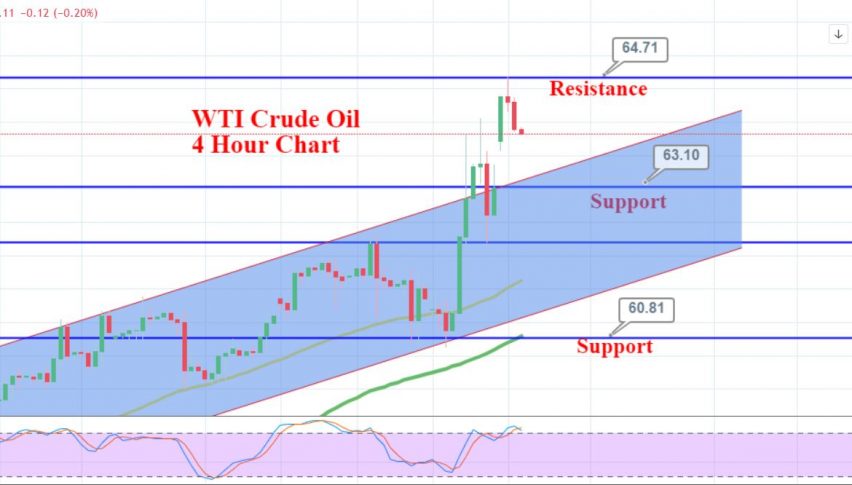 WTI crude oil prices are flashing green and repeatedly rose almost 2%, mainly as the ongoing tensions between the United States and Iran increased fears about the disruption of crude oil supplies. Moreover, Iran and Iraq spread tensions in the Middle East after the killing of a top Iranian military man commander, Qassem Soleimani.

The increases in oil prices continued from Friday’s more-than-3% surge after a US airstrike in Iraq killed Iranian military commander Qassem Soleimani on Friday, intensifying concerns that a widening Middle East conflict could disrupt oil supplies.

The US President Trump warned on Sunday that he would impose sanctions on Iraq, the second-largest producer among the Organization of the Petroleum Exporting Countries (OPEC) if US troops were forced to withdraw from the country. The Parliament earlier called on American and other foreign troops to leave Iraq.

On the other hand, Trump also warned about retaliation if Iran attacks United States’ personnel or assets. Notably, we can expect further conflicting updates.
In the United States, US crude stocks dropped by their most since June as exports exceeded 4 million barrels per day for the first time in history, the Energy Information Administration said on Friday.

Crude oil is showing dramatic bullish bias since the US-Iran issue has escalated. Crude oil has violated the bullish channel at 63.10 level to place a high around 64.65. Below this level, US oil has closed a Doji candle, which is suggesting odds of a bearish reversal in WTI.

Bearish correction of crude oil can continue until 63.05 level, and here at this level, we can again expect a bullish reversal in the WTI prices. Consider staying bearish below 64 and bullish above 63.

Oil Pushes Above the 50 Daily SMA, After Huge Drawdown in EIA Crude Inventories
3 days ago