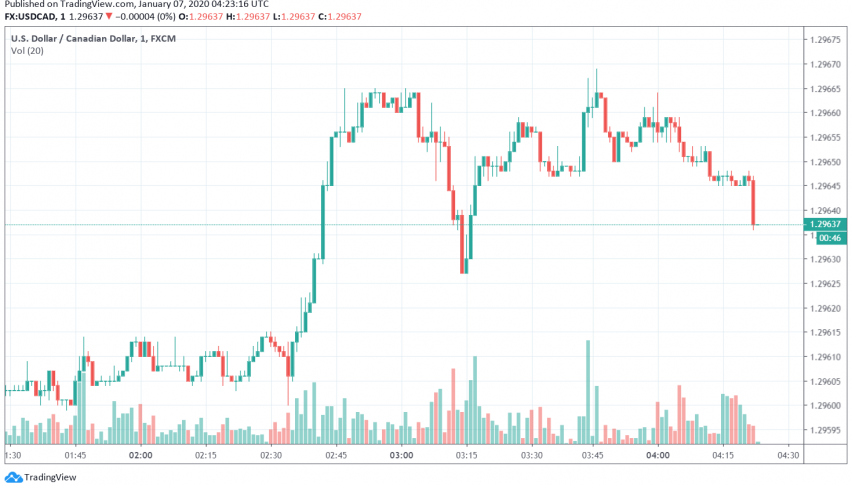 The safe haven currency Swiss Franc has steadied against the US dollar early on Tuesday as markets take a pause from the rising uncertainty surrounding US-Iran tensions. At the time of writing, USD/CHF is trading around 1.296.

However, the market sentiment still remains tense even as traders await updates on how Iran will choose to react to the recent drone strikes by the US last week which resulted in the killing of its top military commander Qassem Soleimani. In addition to boosting the safe haven appeal of the Swiss Franc, USD/CHF has also turned bearish over a weakness in the US dollar as a result of the heightened geopolitical tensions.

The US has claimed that Soleimani was plotting terror attacks against US interests in Iraq, while Iran has vowed to retaliate against his killing. Meanwhile, Iraq’s parliament passed a resolution calling for the removal of foreign troops from its region, a move that the US has refused to undertake.

Later today, this forex pair could see some movement as more developments emerge on the situation. In addition, economic data releases from the US, including trade balance, factory orders and services sector activity could also move USD/CHF.