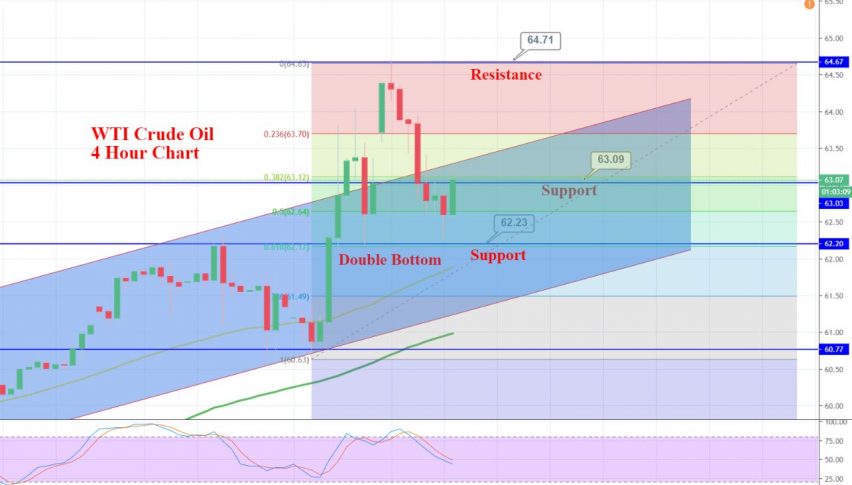 WTI crude oil dropped 1.1% to $62.59 after climbing yesterday over headlines that the US airstrike killed a top Iranian general, sparking an escalation in conflict between the two countries. Additionally, the US has ordered more troops to the Middle East after Iran’s Supreme Leader Ayatollah Ali Khamenei said that his nation would retaliate against the attack that killed General Qassem Soleimani.

Another reason behind the supported prices is the agreement between the Organization of the Petroleum Exporting Countries (OPEC) on meeting production quota curbs aimed at reducing supply. OPEC members pumped 29.50 million barrels per day (bpd) last month, down 50,000 bpd from November’s revised figure.

Besides this, the American Petroleum Institute will release its snapshot of US oil inventories later in the day. It should be noted that the API reported a drop in oil inventories by 7.9 million barrels last week.

At the Sino-US trade front, a report from China’s Vice Minister of Agriculture and Rural Affairs, Han Jun, revealed that China would not change its agriculture import quotas in order to support any increased purchases from the United States.

Looking forward, traders will closely observe the trade and political headlines, but the weekly release of crude oil stock from the American Petroleum Institute (API), prior -7.8m barrels, will also gain the market’s attention. 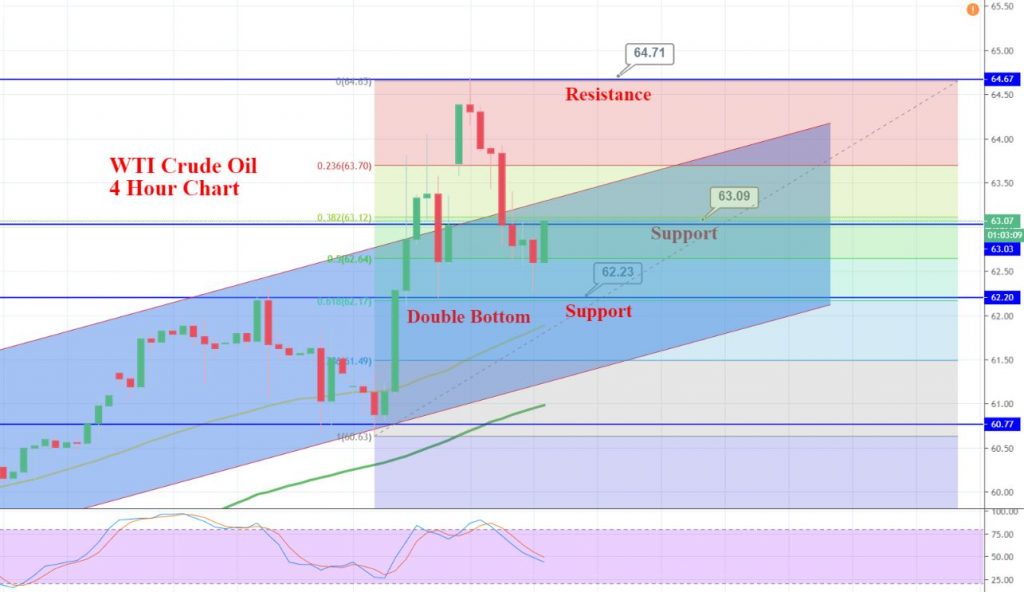 Technically, WTI crude oil is facing strong support near 62.20 level, which is likely to push it higher towards 63.50 trading levels. On the higher side, WTI prices may soar towards 64.20 in case of a bullish breakout. The RSI and Stochastic are suggesting bearish bias, but the double bottom pattern is likely to support WTI prices around 62.45 level today. Let’s look for bullish trades above 62.45 level. Good luck!

Oil Pushes Above the 50 Daily SMA, After Huge Drawdown in EIA Crude Inventories
3 days ago