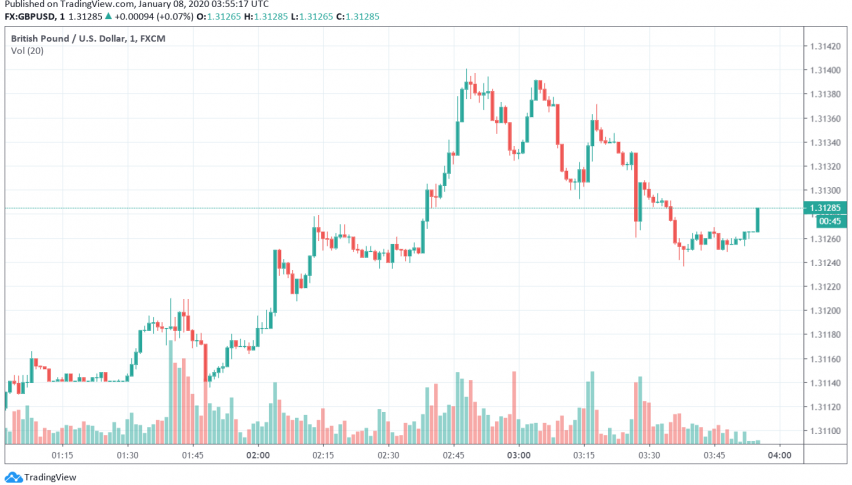 GBP/USD Trades Cautious in Anticipation of Brexit Vote in Parliament

The Pound is trading somewhat flat against the US dollar on Wednesday after sliding lower in the previous session as markets await the Parliamentary vote on PM Boris Johnson’s withdrawal deal. At the time of writing, GBP/USD is trading at around 1.31

BoJo’s Brexit Bill was passed by the lower house of the UK Parliament in December with a comfortable majority and is likely to be passed in the upper house as well as Britain gets ready to leave the EU at the end of this month. However, the Pound is likely to trade under pressure until clarity emerges on whether Britain can successfully negotiate trade agreements with EU and other countries before the end of the transition period on December 31.

Further bearishness in the Pound was driven by a slight recovery in the US dollar which had been trading weak lately over rising geopolitical tensions in the Middle East. There is palpable tension in the markets over a possibility of a flare-up in the US-Iran conflict.