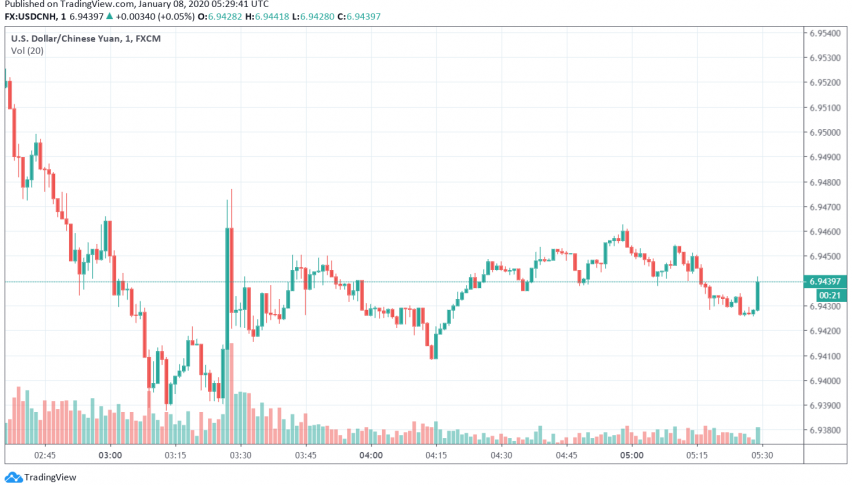 The Chinese yuan has been strengthening in recent weeks on the back of the confirmation regarding the phase one trade deal. Earlier last month, both the US and China had confirmed that they were ready to sign the partial trade agreement.

The phase one trade agreement is set to be signed on January 15 at the White House. The signing ceremony will be attended by a team of trade delegates from China led by Vice Premier Liu He.

On Wednesday, the Chinese yuan has been trading steady against the US dollar firmly under the key level of 7.00. At the time of writing, USD/CNH is trading at around 6.943.

China's PPI Eases in November, But Higher Than Forecast
10 months ago