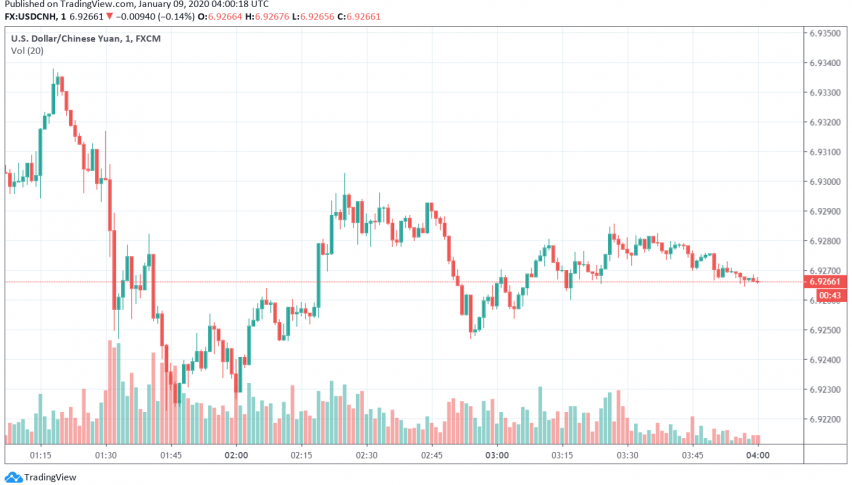 The figure, however, was better than in November when PPI had posted a 1.4% decline YoY. Meanwhile, CPI was up 4.5% YoY in December, holding steady from November. Economists were expecting a gain of 4.7% in consumer price index for the month.

Following the release of this news, the Chinese yuan has not shown much movement against the US dollar. At the time of writing. USD/CNH is trading somewhat steady around 6.926.

Markets are now likely to shift their focus towards the upcoming signing of the phase one trade deal between the US and China. The two countries are scheduled to sign the partial trade agreement on January 15 in Washington.

Forex Signals Brief for May 18: USD Gets Beaten Up on Risk Reviving, But Cryptos Don't Benefit
1 week ago

Forex Signals Brief for May 16: Risk Sentiment Tries to Make A Comeback
2 weeks ago