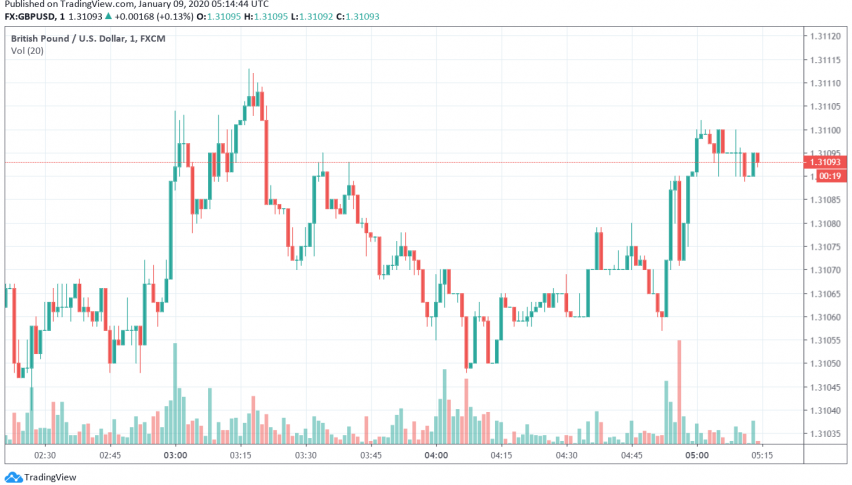 After bearishness in the previous trading session, the Pound has steadied against the US dollar into Thursday, but fears of a no-deal Brexit at the end of the transition period on December 31 still weigh on markets. At the time of writing, GBP/USD is trading around 1.310.

UK PM Boris Johnson is scheduled to meet with European Comission Chief Ursula von der leyen to officially start post-Brexit negotiations with the EU today. Rumors are that he is likely to insist on a hard deadline for the transition period with no scope of an extension, leaving very little time for negotiating a deal with the EU.

Additional weakness in the Pound was driven by a move towards riskier currencies in assets on rising hopes for de-escalation in the US-Iran conflict. After Iran launched missile strikes on Iraqi military bases where US troops were stationed, US President Donald Trump hinted at looking at sanctions instead of further military action to retaliate against Iran.

The receding geopolitical tensions once again bring Brexit back in the limelight and all eyes stay on the BoJo’s meeting today. On Wednesday, von der Leyen once again stressed at the impossibility of negotiating all aspects of Britain-EU relations within a span of 11 months.