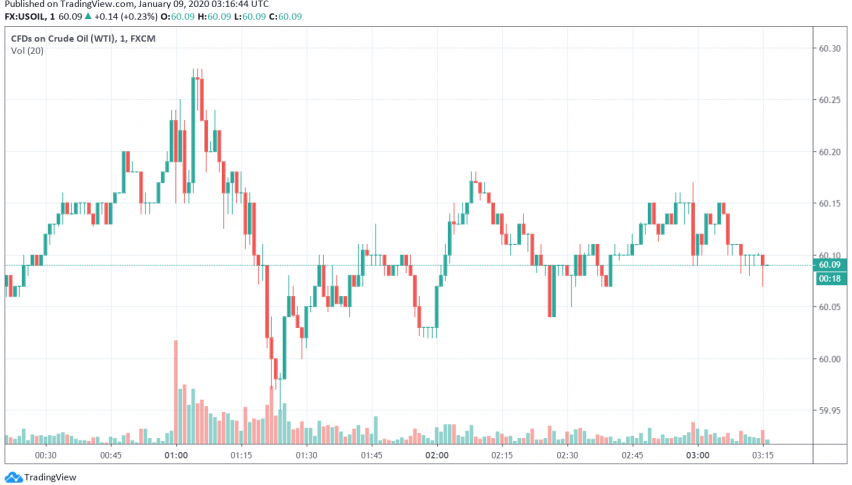 A day after Iran launched missile strikes against US military bases in Iraq, WTI crude oil prices are trading steady following a tumble on hopes of receding tensions between US and Iran. At the time of writing, WTI crude oil is trading around $60.09 per barrel.

Markets calmed down during the US session on Wednesday after US President Donald Trump indicated abating of geopolitical tensions in the Middle East and hinted at the possibility of imposing sanctions instead of escalating the military conflict against Iran. Earlier in the day, Iran had launched ballistic missiles targeting military bases in Iraq where US troops were stationed, but the US confirmed that no Americans were harmed in the attack.

WTI crude oil prices tumbled by nearly 5% immediately following Trump’s speech, dropping below $60/barrel for the first time in weeks. For now, oil markets are trading calm in the absence of further updates but are hopeful about de-escalation of tensions in the Middle East.

Selling Crude Oil Again, As the Pressure Remain to the Downside
24 hours ago