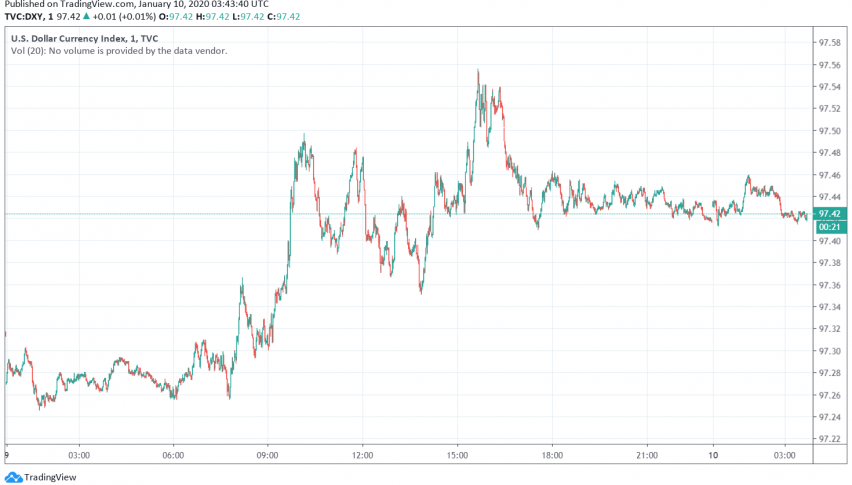 Ahead of the release of the US NFP report, the US dollar has regained some of its strength and looks all set to have the best performance since two months over fading geopolitical tensions in the Middle East and robust economic data releases from the US. At the time of writing, the US dollar index DXY is trading around 97.42.

In recent weeks, the US dollar has been trading bearish over rising optimism about the upcoming US-China phase one trade deal, which diminished the safe haven appeal of the greenback and encouraged investors to trade riskier assets. The dollar also suffered unexpected weakness towards the end of 2019 over year-end adjustments to cash flows.

Over the past few days, the US dollar’s value dropped over fears of rising tensions between the US and Iran after the US launched airstrikes against Iranian militia. Tensions ran high earlier this week when Iran retaliated with missile strikes on Iraqi military bases housing US troops.

However, the situation improved significantly after Trump’s speech allayed concerns of an escalation towards war. The US dollar received an additional boost over the release of strong economic data from the US, including an improvement in services sector activity, a decline in jobless claims and a rise in private payrolls.