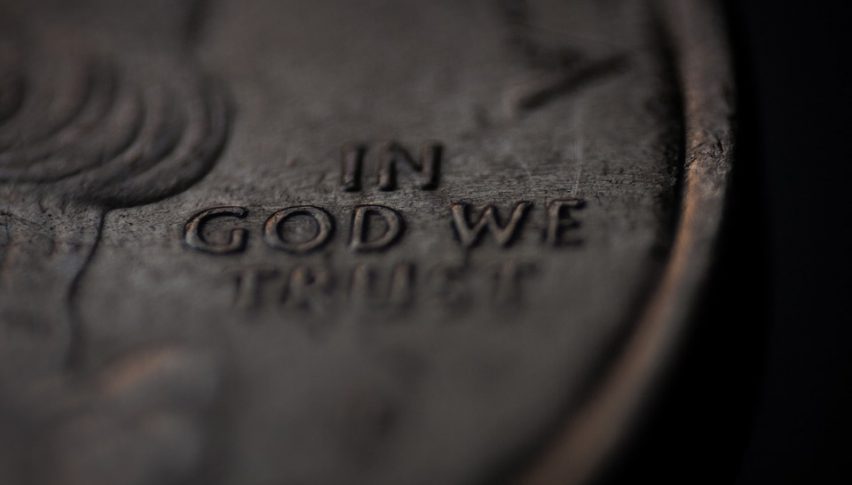 The attention has turned to the USD again now

The sentiment has been pretty negative in financial markets so far this year. Markets were sort of quiet at the end of 2019, apart from some USD selloff on year-end cash flow. But the sentiment turned massively negative after a US drone strike killed top Iranian military leader Soleimani. Iran responded back on Monday night, attacking some US military bases in Iraq, which turned the sentiment even more negative during the Asian session yesterday, but there was no follow through from the US and no further escalation of the conflict, which was what traders were worried. as a result, the sentiment improved in the European and US session and the USD turned bullish.

The sentiment improved further today after Iran’s military said that their main aim wasn’t to kill US personnel but to destroy US bases an push US out f the region. That is a step in the right direction, after US officials said yesterday that they want to de-escalate the situation. The USD continues to benefit from this and push higher, although this is also partly due to the unwinding of the year-end cash flows which went against the USD. On another note, Chinese officials will be flying to New York to sign the trade deal, while EU’s Barnier and  repeated again that the time-frame for a trade deal with the UK is quite limited. 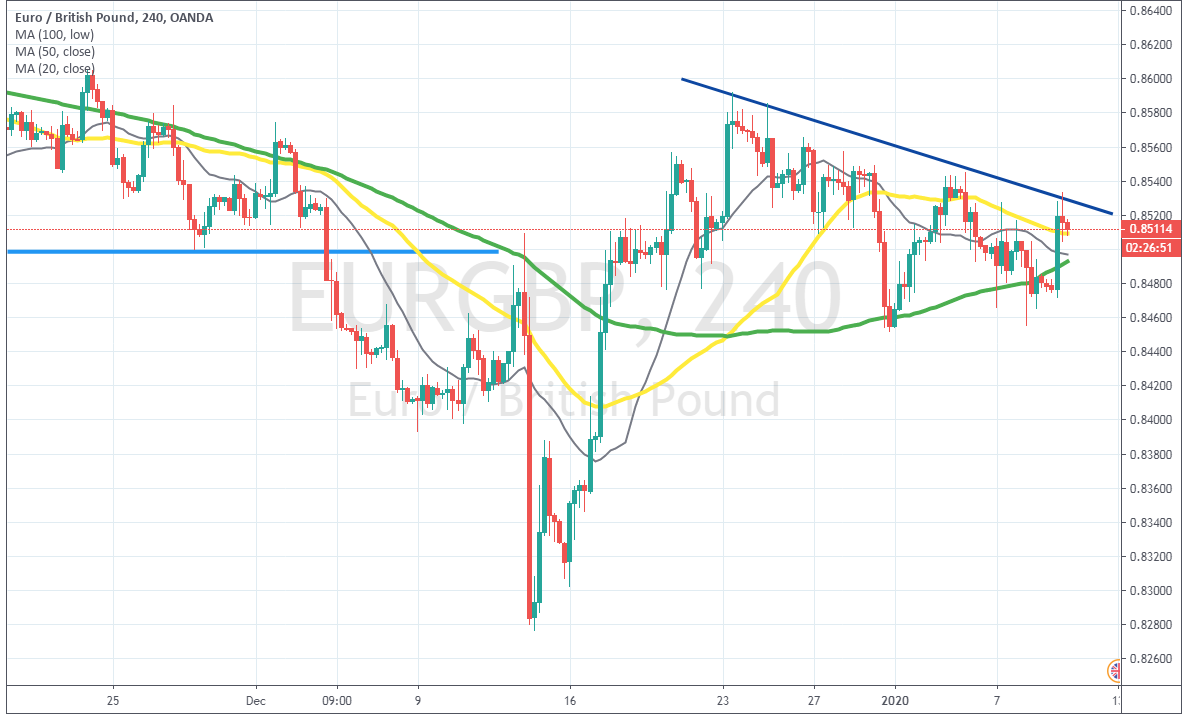 The 100 SMA continues to provide support on the H4 chart

EUR/GBP has been on a bullish trend since October, on hopes that the Conservatives would win the elections in the UK. They did win a comfortable majority and the GBP surged more than 5 cents higher, sending EUR/GBP more than 2 cents lower that day. But,the climb ended when GBP traders realised that the UK economy is still weakening, as Carney repeated today and a trade deal between UK and the EU is pretty difficult, as Barnier also repeated earlier today. As a result, EUR/GBP turned higher in the following weeks.

But, in the last couple of weeks, this pair hasn’t been able to push higher and the highs have been getting lower. A trend line has formed, which brought an end to the bullish move this morning, after EUR/GBP bounced off the 100 SMA on the daily chart. We decided to open a sell signal at the descending trend line and the previous H4 candlestick which closed as a spinning top points to further declines.

The situation has calmed further today after Iran’s attack yesterday, as both sides hint at de-escalation in the Middle East. Although, risk assets are not benefiting much from this and the only beneficiary has been the USD. Although, the cash flows from the year-end are unwinding now and the USD is recuperating ground after the decline before the new year.