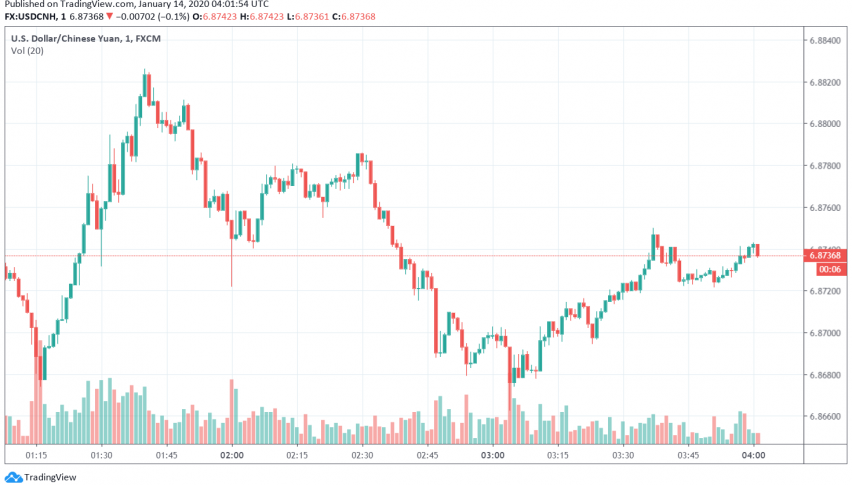 The Chinese yuan is making gains and trading bullish against the US dollar early on Tuesday after the US Treasury Department announced its decision to stop calling China a currency manipulator. At the time of writing, USD/CNH is trading somewhat bearish around 6.873.

The Treasury Department’s decision comes just in time ahead of the signing ceremony when the US and China are set to sign the phase one trade deal. The much awaited trade deal is expected to be the first step towards resolving the trade war that has raged on between the US and china for around 18 months so far.

The Chinese yuan has also been gaining strength in recent weeks ever since the trade deal was announced over rising expectations that it could help China’s economy recover. China’s export-oriented economy has come under severe strain over the past few months because of the trade war with the US on the back of hiked tariffs impacting Chinese exports.

At the height of the trade war earlier in 2019, the US had accused China of manipulating its currency when it let the yuan weaken beyond the key level of 7 against the US dollar. The US alleged that China was weakening its currency to maintain its competitive edge in international trade.

China's PPI Eases in November, But Higher Than Forecast
8 months ago