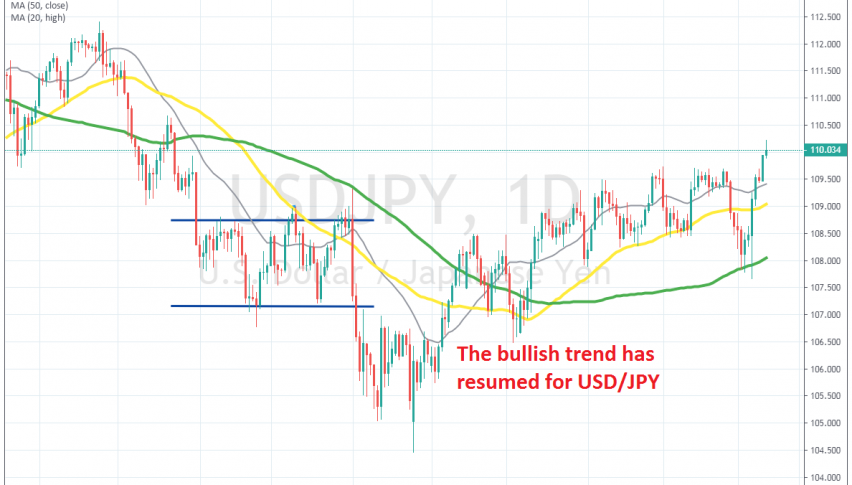 USD/JPY bounced off the 100 SMA

USD/JPY has been trading on a bullish trend since September last year, after US and China calmed their tones and pointed to a partial trade deal back then. The trade deal was agreed on in December and they will sign it soon, since the Chinese delegation is already in the US.

Although, we saw a decent pullback at the end of December, as year-end cash flows were going against the USD and flying towards safe havens such as the JPY. But, the 100 SMA (green) held as support on the daily chart, as shown above and the price bounced off that moving average.

The tensions between US and Iran hurt the sentiment for some time, but weren’t enough to turn this pair bearish again, especially since they are de-escalating. So, the 100 SMA turned into support this time, after USD/JPY had been leaning on the 50 MSA (yellow) for months.

Now buyers are back in control for this pair and they are pushing higher. We will try to get long on USD/JPY, but will wait for a retrace lower first, probably to the 20 SMA (grey) or the 50 SMA.

Is the Bearish Trend Over for USD/JPY?
2 days ago