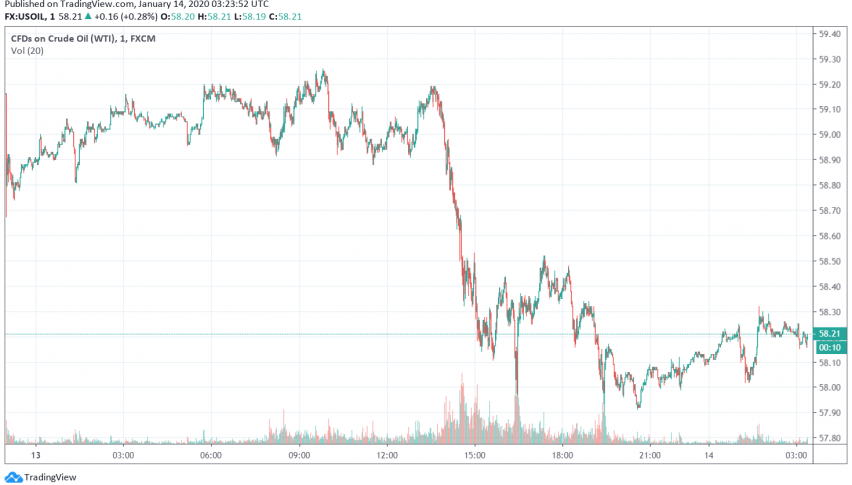 WTI crude oil prices continue their slide lower into Tuesday over receding fears of a possible military conflict between the US and Iran in the Middle East after last week’s airstrikes and retaliation. At the time of writing, WTI crude oil is trading at around $58.21 per barrel.

Crude oil prices, however, remain supported over expectations for a decline in US crude inventories for the previous week. Economists anticipate US crude stockpiles to have reduced by 800k barrels for the week ending January 10. The API is expected to release its report later today while the government’s official EIA report is due on Wednesday.

The mood in oil markets also remains optimistic about the upcoming signing of the phase one trade deal between the US and China which is scheduled to take place on Wednesday. This is seen as a huge step towards resolving the trade conflict that has raged on between the world leaders for around 18 months, and resulted in an overall slowdown in global economic growth as well.