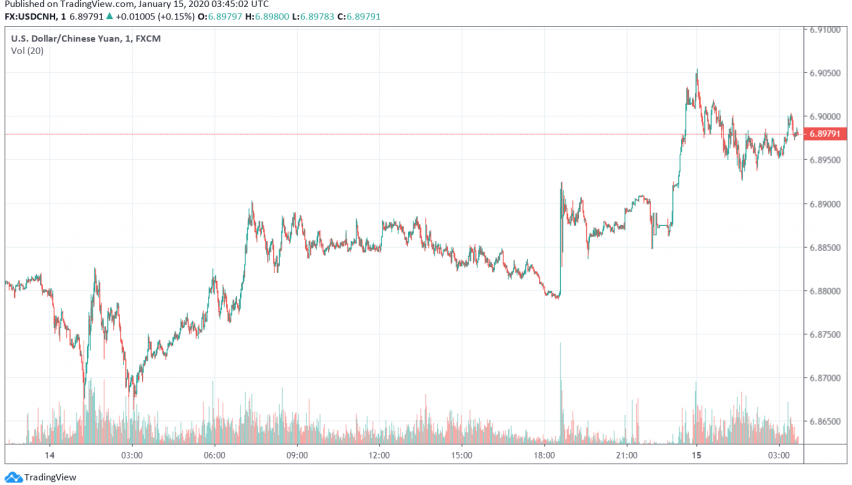 The Chinese yuan is trading weaker against the US dollar early on Wednesday after the US signaled that tariffs on Chinese imports would continue at least until the upcoming presidential elections. At the time of writing, USD/CNH is trading around 6.897.

The yuan had been gaining strength against the US dollar in recent weeks over rising optimism about the signing of the phase one trade deal, which is scheduled to take place later today. However, markets have turned more cautious and tempered their hopes after US Treasury Secretary commented that tariffs on Chinese goods would likely remain until phase two of the trade agreement gets finalized.

USD/CNH has also turned more bullish following a slight increase in US consumer prices during December. CPI rose by 0.2% in December, slightly lower than the 0.3% rise seen in November. However, CPI rose 2.3% higher in the 12 months to December, the largest rise seen since October 2018. The improvement in consumer price index has helped strengthen the US dollar.

Forex Signals Brief for November 17: Can Philly Fed Manufacturing Turn the USD Around?
1 week ago