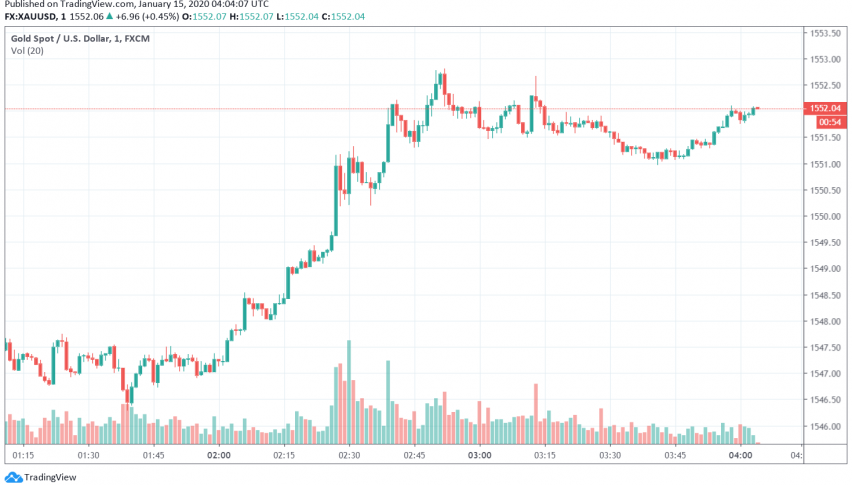 Early on Wednesday, gold prices are trading somewhat bullish, climbing higher on rising uncertainties about the upcoming phase one trade deal and its effectiveness in tempering the trade tensions between the US and China. At the time of writing, GOLD is trading at a little above $1,5

The safe haven appeal of gold had been diminishing lately ever since the US and China announced that they were ready to sign the phase one deal as markets expected an improvement in trade relations driving higher economic growth. These hopes were dented slightly on Tuesday after US Treasury Secretary Steven Mnuchin specified that American tariffs on Chinese goods could stay on for some more time.

Markets now remain concerned that the partial trade deal may have limited scope and as a result, have limited impact towards helping resolve the trade war in the near future. There is also increased skepticism in global markets about how China would increase purchases of US goods by almost $80 billion over the next couple of years, driving gold prices higher for now.