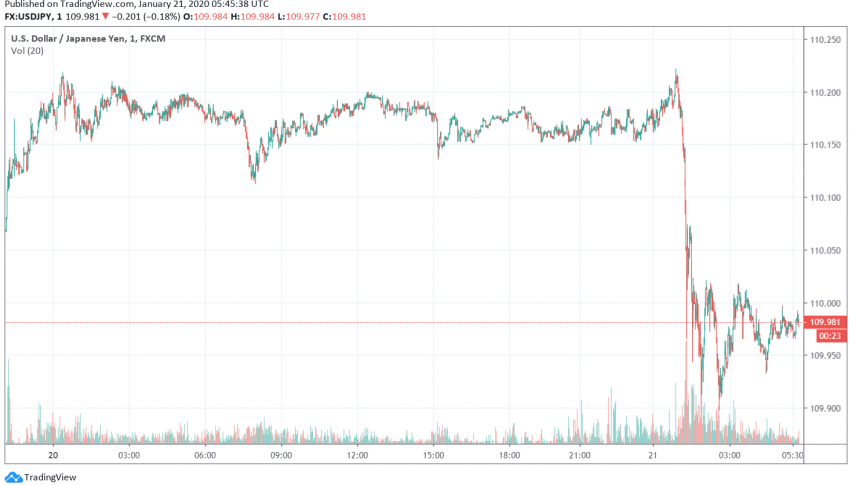 As was widely expected, the Bank of Japan (BOJ) held its monetary policy steady in its latest meeting earlier today, and sounded more upbeat about Japan’s economic growth forecasts for the next fiscal year. The continued fiscal stimulus efforts and receding trade tensions have helped the central bank and reduced the need for further easing.

The BOJ has held its short-term interest rates around -0.1% while the 10-year government bond yields remain around 0%. Meanwhile, it has revised its quarterly review of economic growth forecast higher for the next fiscal year to 0.9% from its previous estimate of 0.7% made back in October 2019.

The Japanese yen spiked sharply against the US dollar following the BOJ’s announcement, but is now trading steady. At the time of writing, USD/JPY is trading around 109.98.

Will the Eurozone Fall Into A Recession, or Will It Avoid That?
9 hours ago