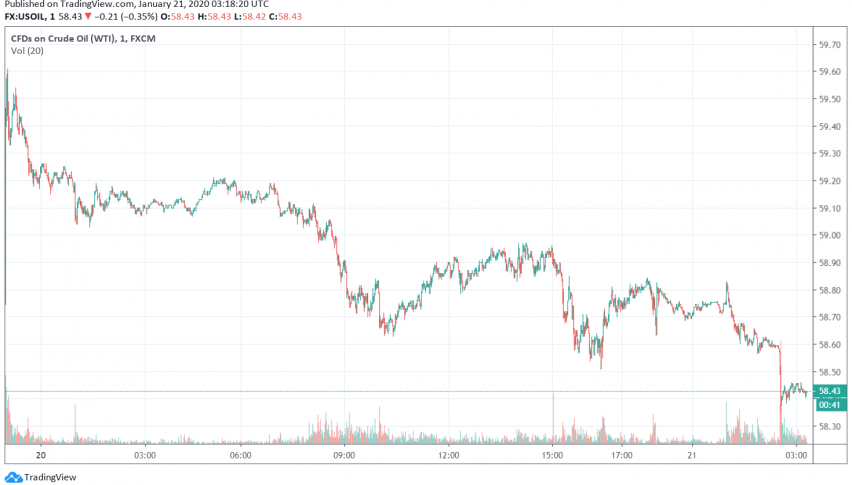 WTI crude oil prices have steadied after climbing higher into the second day of the week early on Tuesday, over continued concerns about diminishing supply from Libya after it shut down two major oilfields over a military blockade. At the time of writing, WTI crude oil is trading at around $58.43 per barrel.

On Sunday, loyalists of Khalifa Haftar ordered the closing of a pipeline, resulting in the shutting down of two key oilfields in the southwest region of Libya and causing crude production to fall severely. Libya’s National Oil Corporation has for now declared force majeure, a waiver on contractual obligations, for crude loadings from these two oilfields.

Crude oil has also turned bullish after the Bank of America revised its oil price forecasts higher for this year. Supply concerns from the Middle East, rising demand and deeper crude production cuts by OPEC and allies are expected to drive prices higher in 2020.

Gold Steady Under $1,665 - Downward Trendline to Drive Downtrend
2 days ago