Today in the early Asian session, WTI crude oil prices fell almost 1% because investors expected Libya’s oil production to finally continue after a force majeure declared by the oil exporter on two major oilfields in the wake of a military blockade.

It is worth to mention that security guards shut down production by 72,000 barrels a day at Al Ahdab field in Iraq during the weekend in an anti-government protest demanding permanent employment contracts, reports said.

On the other hand, Bank of America Global Research increased its 2020 oil price forecasts on Monday, indicating risks related to the Middle East, and improving demand outlook and higher OPEC+ compliance to deepen production cuts.

Any supply disruptions could be balanced by raised output from the Organization of the Petroleum Exporting Countries (OPEC), which will likely limit the impact on global oil markets, the head of Japan’s petroleum industry body announced. 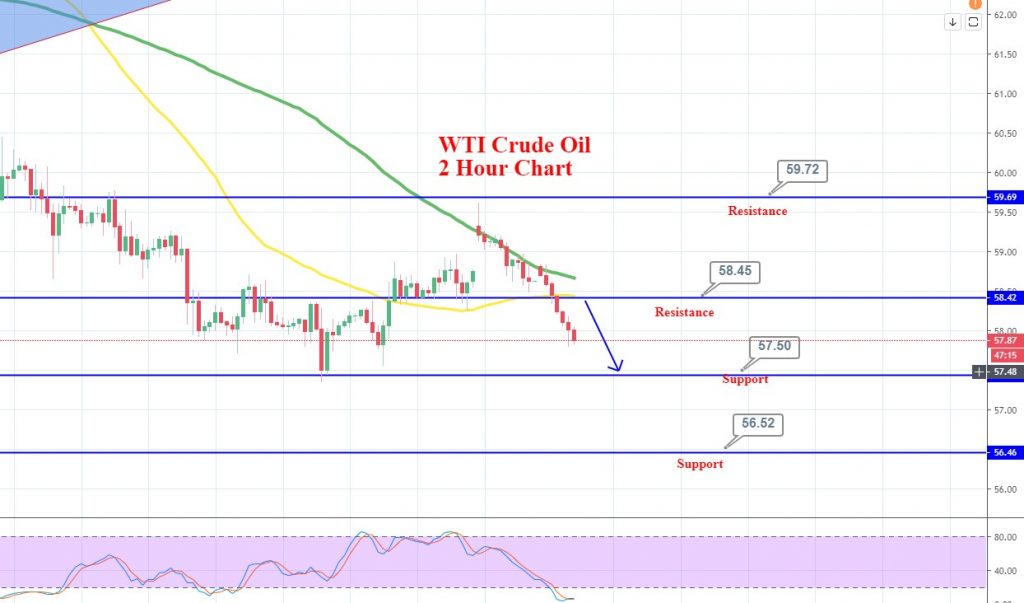 WTI is trading at 57.86, having immediate support around 57.40, while resistance stays around 58.45. The RSI is dramatically oversold, but the trading sentiment still remains bearish as WTI has formed three black crows on the 2-hour chart. Let’s look for selling trades below 58 to target 57.40. Good luck!

Crude Oil Jumps $3 Breaking Last Week's Resistance, Despite the Downward Revision in the US Q1 GDP
11 hours ago