Today in the early Asian session, WTI crude oil prices dropped because the forecast report came from the International Energy Agency that the supply of crude oil will likely increase.

Another statement came from Goldman Sachs that oil markets are expected to be affected in the wake of China’s deadly coronavirus, mainly if it played out like the SARS epidemic in 2003. The virus that started in Wuhan and which influences the global demand that is falling by 260,000 barrels a day in 2020, the investment bank said. That would probably lead to a $2.90 a barrel decline in oil prices.

However, US crude production still in large shale deposits is expected to rise to record highs in February, although the speed of increase is expected to be the lowest in about one year, the US Energy Information Administration (EIA) said on Tuesday.

Eventually, traders will also keep their eyes on the trade and political headlines for taking fresh directions. 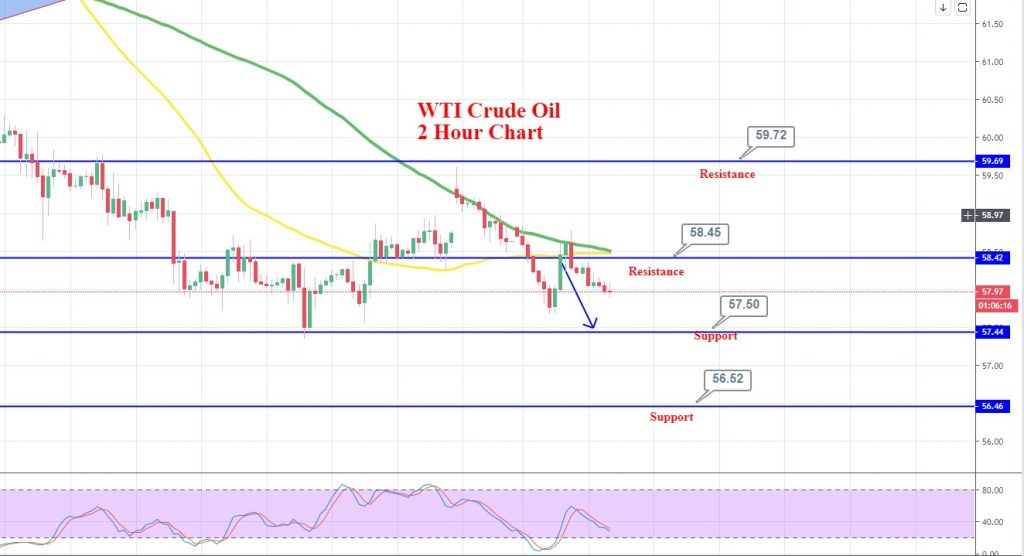 WTI is trading at 57.86, having immediate support around 57.40, while resistance stays around 58.45. The RSI is dramatically oversold, but the trading sentiment still remains bearish as WTI has formed three black crows on the 2-hour chart. Let’s look for selling trades below 58 to target 57.40. Good luck!