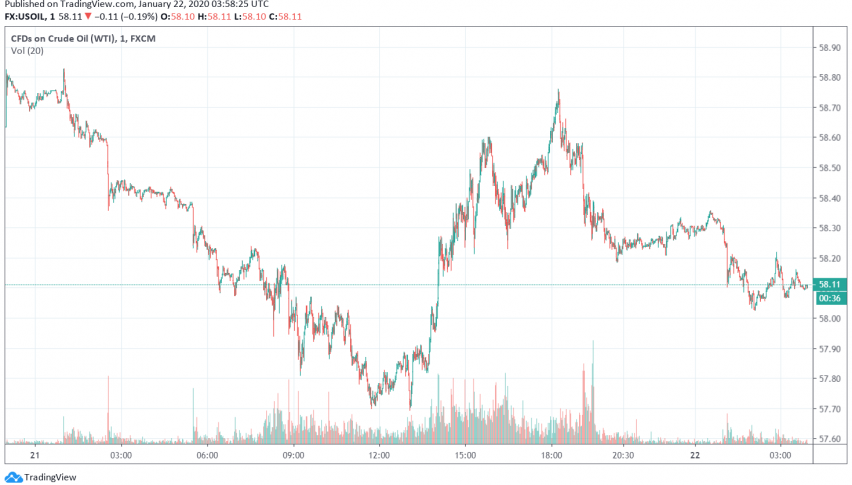 Early on Wednesday, WTI crude oil prices are continuing their slide lower from the previous session over reassurances of ample supply even in the wake of diminished crude production from Libya. At the time of writing, WTI crude oil is trading at around $58.11 per barrel.

On Tuesday, WTI crude oil prices settled 0.3% lower and have lost another 0.3% of value since markets opened earlier today. Earlier this week, oil prices had soared after a civil war broke out between rival factions in Libya and resulted in the closure of crude production in two major oilfields in its southwest region.

There were worries that the reduction in crude production in Libya from around 1.2 million bod down to 72k bpd would put severe pressure on supply of oil in markets. However, for now, markets have calmed down and consider the outage to be a temporary one that could do little to disrupt oil production in the long run.