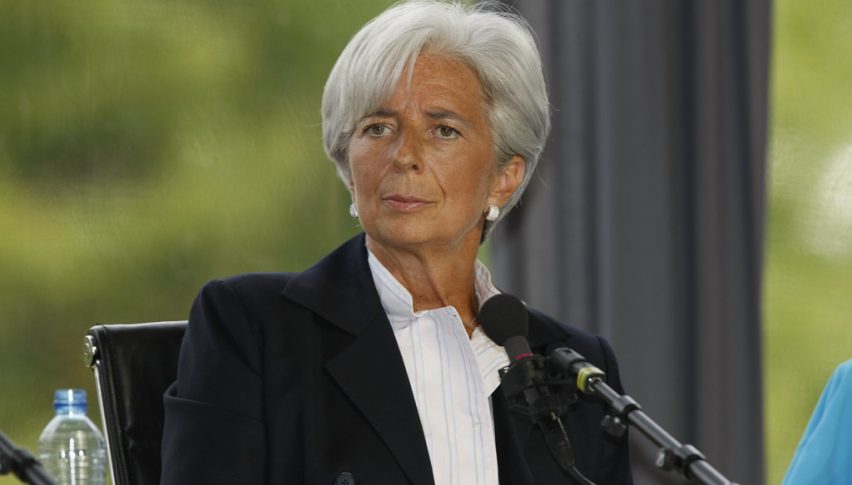 Forex Signals US Session Brief, Jan 23 – ECB Leaves Things As They Were

Today started on a positive footing, as the employment report from Australia came in better than expected for December. New jobs increased more than anticipated, while the unemployment rate ticked lower to 5.1%. AUD/USD jumped higher, but markets still anticipate a rate cut from Australia, as Westpac also suggested earlier today. So, AUD//USD is not going anywhere now. The chairman of the Swiss National Bank Jordan held a speech this morning,saying that they don’t manipulate the currency, but then repeated that the SNB stands ready to intervene if the CHF which is overvalued keeps strengthening.

The European Central Bank held their monthly meeting today and markets were expecting some direction from them, since inflation has picked up from 0.7% last year and stabilized at around 1.3% now. Lagarde acknowledged that and the improvement in the economic sentiment, but pledged to keep rates steady or lower if inflation doesn’t head towards the ECB target at 2%, which will take a long time. So, they left things were they were, basically waiting to see how things will evolve, so no direction in forex yet. 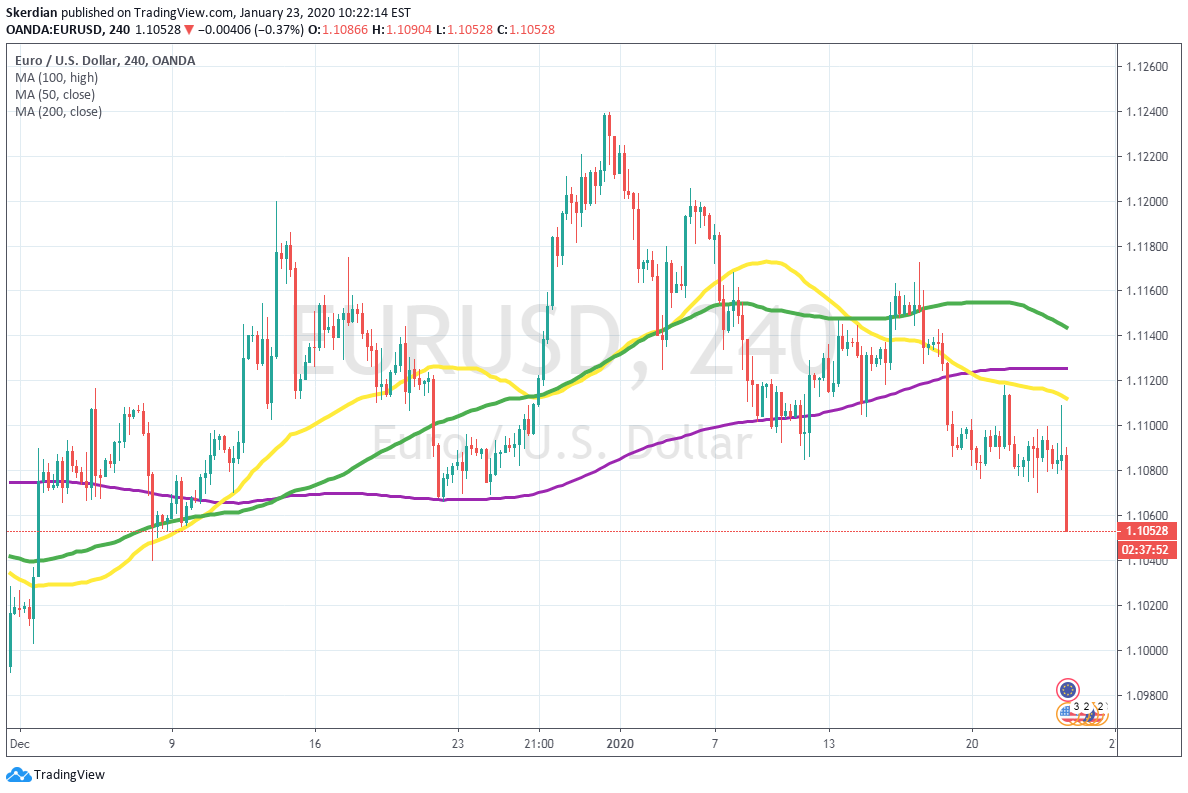 EUR/USD has been bearish for around two years now, but it reversed higher in October and has been climbing higher since then. The sentiment improved in financial markets on comments about the Phase One deal between US and China which was signed this month and the prospects of the UK heading into elections back then, helped the situation further.

Year end cash flows gave this pair another push higher at the end of last year. But the climb ended as soon as the new year was underway and geopolitical tensions between US and Iran hurt the sentiment in financial markets, sending risk assets lower.

As a result, the retrace higher has ended and the larger bearish trend has resumed again.  The highs kept getting lower and moving averages turned into resistance, with the 50 SMA (yellow) providing resistance this week. We saw a jump higher earlier today after the ECB meeting, but the climb ended at the 50 SMA again. So, sellers remain in charge for this pair and the ECB pledged to keep rates negative or lower until inflation climbs to the ECB target at around 2%, so that’s going to take a long time and the Euro will likely remain bearish in the meantime.

Markets were waiting for the ECB today, to see if they have a bias for the coming months, after some green shots from the Eurozone in recent months. The ECB did recognize the stabilization in inflation after it has picked up from below 1% where it bottomed out, but they remained cautious and accomodative, so the same as in the last meeting basically.

Check out our free forex signals
Follow the top economic events on FX Leaders economic calendar
Trade better, discover more Forex Trading Strategies
Related Articles
Can the ECB Keep the Rate Hike Pace as Eurozone GDP Contracts?
EUR/USD has been bullish since October, but the move might have come to an end and we are seeing a slow reversal lower ahead of the ECB
1 day ago
Is EUR/USD Showing Exhaustion Ahead of the ECB Meeting This Week?
EUR/USD has gained 14 cents since October, but might be time for a bearish reversal as economic dat improves in the US
2 days ago