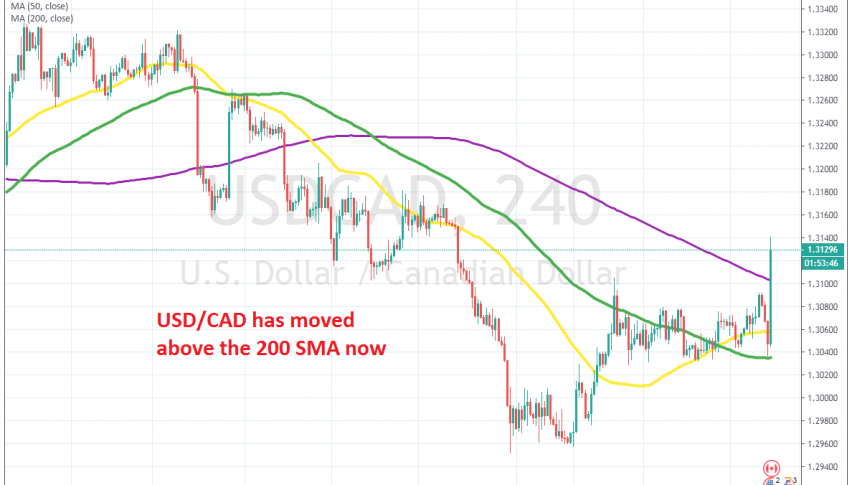 The retrace is now complete on the H4 chart

USD/CAD turned quite bearish in December, after OPEC+ decided to cut production again and place quotas for an additional 50k barrels/day. Crude Oil turned bullish after that and so did the CAD, sending USD/CAD diving lower all month, losing more than 400 pips.

But, the sentiment improved this month and crude Oil turned bearish. On the other hand, the USD ended the retracing period and has turned bullish, sending this pair higher from below 1.30. USD/CAD broke above the 50 SMA (yellow) and the 100 SMA (green), although it has been consolidating between 1.30 and 1.31 in more than a week.

The 50 SMA turned into support first on the H4 chart at first, then today the 100 SMA took over that job, after the 50  SMA was broken. Now, USD/CAD has turned even more bullish, after the statement from the Bank of Canada was sort of dovish. The price has moved above the 200 SMA (purple) as well now. A retrace at the 200 SMA would be a good opportunity to buy now, since that’s the top of the previous range as well.