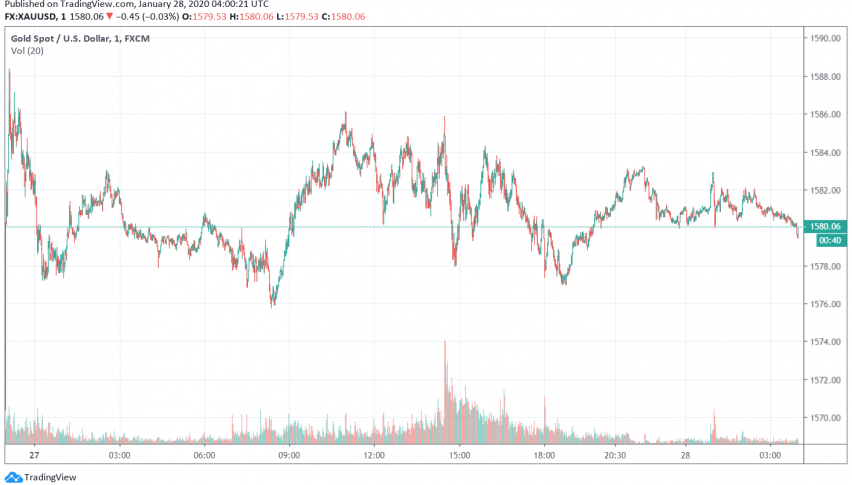 Early on Tuesday, gold prices are trading somewhat steady at the levels touched in the previous session as concerns about the coronavirus epidemic supports the precious metal and strengthens the US dollar as well. At the time of writing, GOLD is trading at a little above $1,580.

On Monday, gold rose to its highest level since January 8 over worries that the coronavirus outbreak could slow down economic growth in China and other countries that have reported cases. So far, the Chinese government has confirmed more than 4,500 affected patients while the death toll has crossed 100.

Tensions about the outbreak and its economic impact are climbing higher after countries began issuing travel advisories to their citizens against traveling to China. The risk-off sentiment in global markets has fueled the demand for the precious metal, but has also spurred the demand for the US dollar, which is considered a safe haven currency in times of uncertainty.

The dollar shares a negative correlation with gold, and as both these instruments strengthen, the yellow metal prices are holding steady.

Gold Slips Below $1,770 - Stronger US Retail Sales in Play
3 hours ago