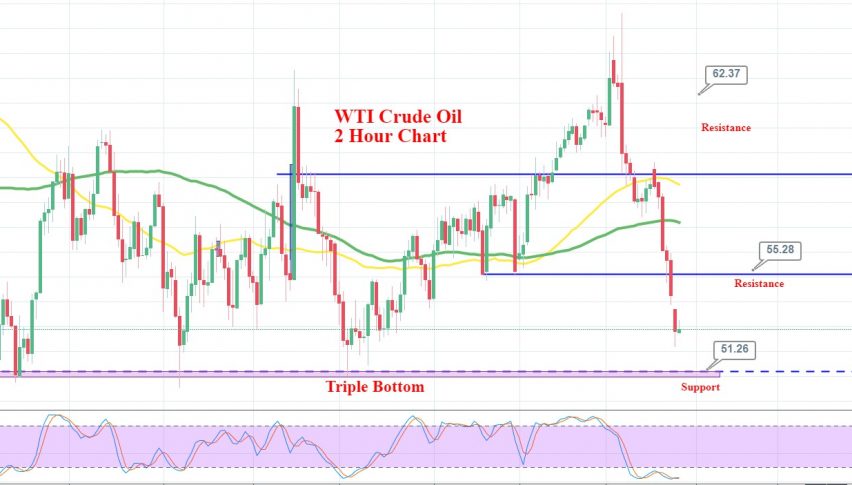 WTI crude oil prices hit 3-month lows mainly due to the spread of a new China coronavirus, and many countries’ heightened concerns about a hit to economic growth and oil demand. The US West Texas Intermediate was down 29 cents, or 0.6%, at $52.85, after slipping to its lowest since early October in the previous session at $52.13.

It is worth mentioningmention that the United States warned against travel to China and other countries put out similar advisories because the death toll from the coronavirus outbreak increased to more than 100 people and left millions of Chinese stranded during the biggest holiday of the year. Additionally, the statement came from China’s health officials that the coronavirus could be much more dangerous than earlier thought. As we know, this dangerous virus has killed more than 100 people and more than 30,000 are infected so far in China. Whereas, WTI was down almost 12% for January on Monday, its biggest slide since November 2018.

On the other hand, trains and airplanes are not running, and factories are closed as well which will likely cause a historic hit to energy demand. The result may be worse because it is possible that this could slow not only the Chinese economy but the global economy as well.

The markets expect the grouping known as OPEC+ to take additional actions to support prices when it meets in March if demand lags its forecast of between 600,000 and 800,000 barrels per day (bpd) in the first quarter of 2020. OPEC and producers including Russia, known as OPEC+, have been cutting supply to support oil prices for almost three years and recently agreed to withhold a further 500,000 barrels bpd to 1.7 million bpd through March.