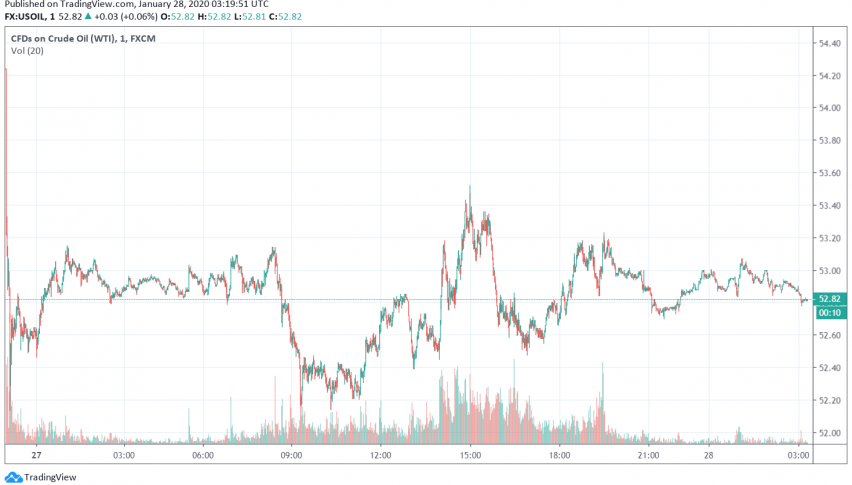 WTI crude oil prices declined for the sixth consecutive day early on Tuesday over continued worries of the coronavirus outbreak and its potential impact on consumer spending, tourism and economic growth. At the time of writing, WTI crude oil is trading around $52.82 per barrel.

Any slowdown in economic growth in China and other affected countries can reduce the demand for crude oil, and this worry is weighing heavily on oil markets as more cases get reported from around the world and the death toll in China climbs higher. So far, the virus has claimed the lives of over 100 people in China while millions have been affected by the lockdown measures implemented by the government to contain the spread of the virus.

Travel advisories and other restrictions being issued are likely to dent the demand for oil across the world. China is one of the biggest energy consumers in the world and if its demand for crude dips lower, it can casue a significant disruption in the balance of supply vs. demand in global oil markets.

In addition, WTI crude oil is also trading under pressure after a recent Reuters poll indicates a likely build-up in US crude inventories during the previous week.