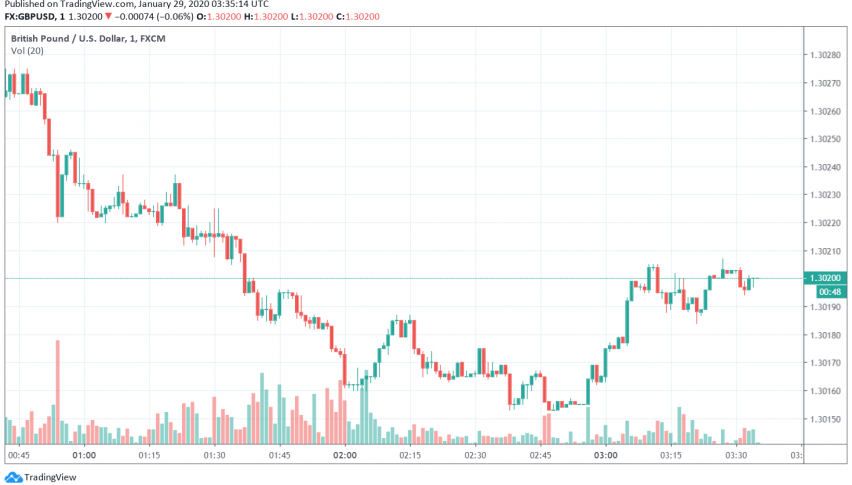 GBP/USD Trading Just Above 1.30 as Markets Wait to Hear From Fed, BOE

The Pound is holding just above the 1.30 level once again early on Wednesday against the US dollar after dipping to a one-week low in the previous session over worries of a possible no-deal Brexit scenario. At the time of writing, GBP/USD is trading at around 1.302.

The BOE interest rate decision is scheduled to release tomorrow and for now, markets are expecting a 52% likelihood of the central bank announcing a 0.25% rate cut. GBP/USD is trading cautiously as it can be moved by the Fed’s policy decision due later today as well.

Meanwhile, the concerns of Britain leaving without a deal are back in focus after the EU insisted that it will never compromise on the integrity of its single market, which could complication negotiations between Britain and EU after January 31. Britain has until the end of the year when the transition period officially ends to strike a trade agreement with the Union.

GBP/USD also weakened as the US dollar gained strength as its safe haven appeal remained in favor over the reigning concerns about the coronavirus outbreak and its impact on economic growth. The US dollar touched an eight-week high, driving additional weakness in the Cable.