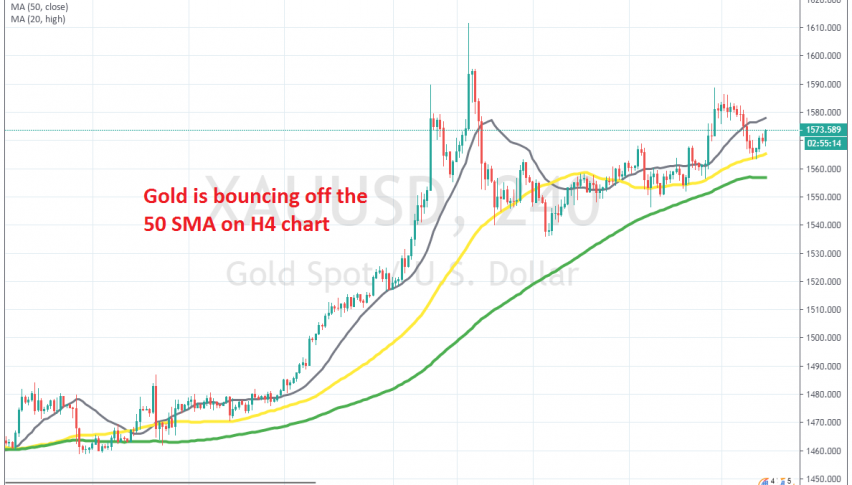 Gold Turns Bullish at the 50 SMA

The retrace ended at the 50 SMA for Gold

GOLD has been mostly bullish in 2019 as the sentiment has been mainly negative, due to an escalating trade war and a slowing global economy. This year the bullish trend resumed again and we saw some major moves to the upside, especially as tensions between US and Iran increased in the Middle East.

Tensions decreased after the US didn’t follow through after Iran’s attack on US military bases in Iraq. As a result, Gold retreated lower, but it still remained above the 100 SMA (green) on the H4 chart and once that moving average approached close enough, buyers became confident and the upside momentum resumed again.

The outbreak of the corona-virus in China turned the sentiment negative again in financial markets and fear turned the attention to safe havens again. As a result, Gold turned bullish again and this time the 50 SMA (yellow)turned into support on this time-frame.

Yesterday we saw a retrace lower, but the 50 SMA held well and today the price is moving higher again. So, Gold is pretty bullish and will remain so as long as the corona-virus fears remain. Therefore, retraces lower are good opportunities to buy Gold 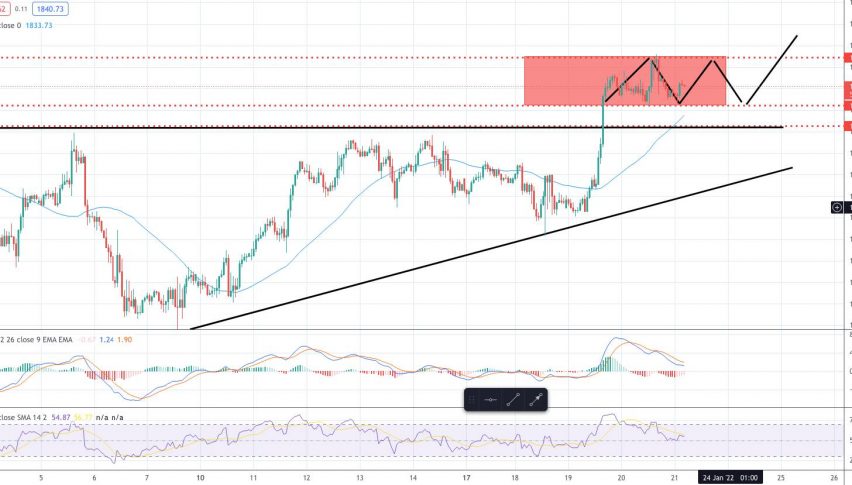 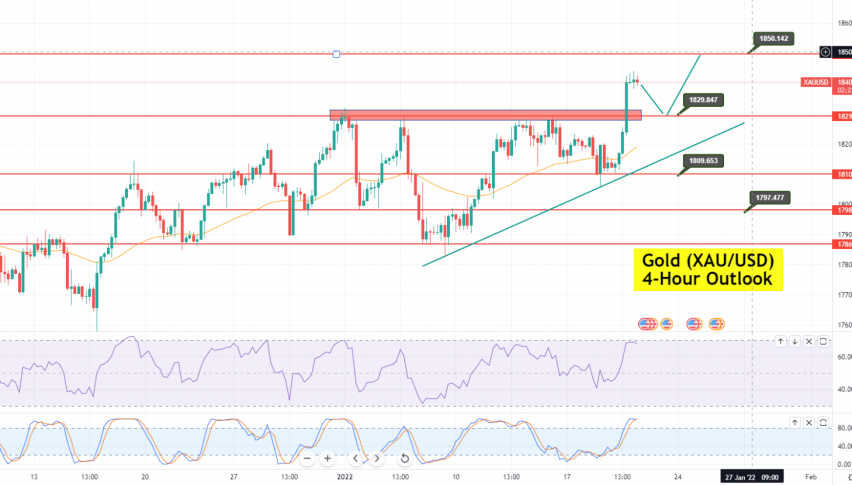 Gold skyrockets to $1,840 - Boosted safe-haven appeal in Play
3 days ago 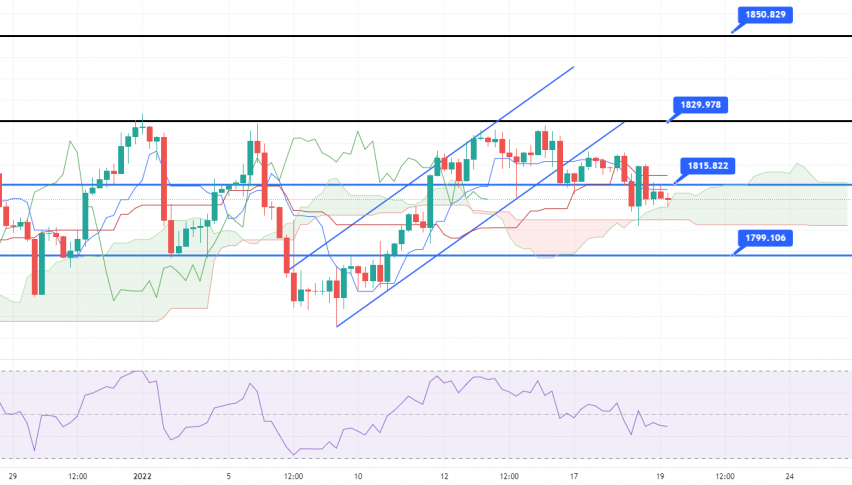