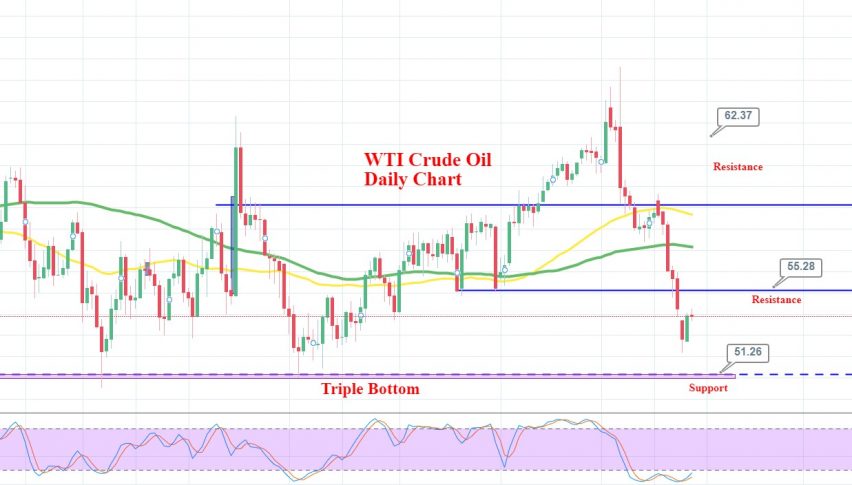 Whereas, expectations are high that the Energy Information Administration (EIA) will say later today that crude stockpiles rose by 460,000 barrels last week, from a drop of 405,000 during the previous week to January 17.

On the other hand, another cause behind the energy benchmark’s pullback is the hope that the Chinese government will be able to stop the coronavirus problem that’s likely to peak in the next ten days.

It should be noted that a crude oil price pullback could be possible if the OPEC-led alliance, mostly known as OPEC+, will increase global production cuts. Moreover, tensions in the Middle East also gave support to the oil price recovery.

WTI finally showed some bullish trend, but it still stays below 55.30. The RSI and Stochastics are in the oversold region, but it’s trying to come out of the oversold range. For now, US Oil may find support around 51.30. So we can look for selling trades below 55.30 and bullish above 53.50.

Oil Downtrend in Question on OPEC Meeting, EIA Inventories and FED
6 hours ago