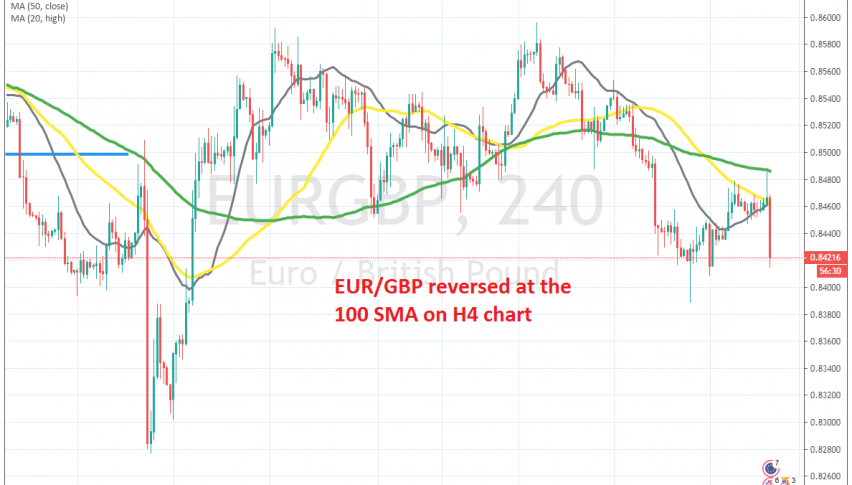 EUR/GBP Reverses Down After a Less Dovish BOE

The downside momentum has resumed again after the retrace up

EUR/GBP made a big bearish move in the second week of December, after the UK elections which were won by Boris Johnson. But, the initial optimism that things were finally going in a direction wore off, the GBP turned bearish and this pair turned bullish.

EUR/GBP traded sideways for a few weeks after that, but it turned bearish in the last two weeks, as EUR/USD also turned bearish. This week the price retraced higher, although the price was finding resistance at the 50 SMA (yellow) on the H4 chart.

Earlier today, buyers gave another push higher, breaking above the 50 SMA, but the 100 SMA (green) turned into resistance. The price reversed down from there and, after the Bank of England meeting, the decline accelerated, as they turned less dovish than expected. Now this pair is around 60 pips lower and the sellers are back in control, so pullbacks higher should offer some good opportunities to sell.