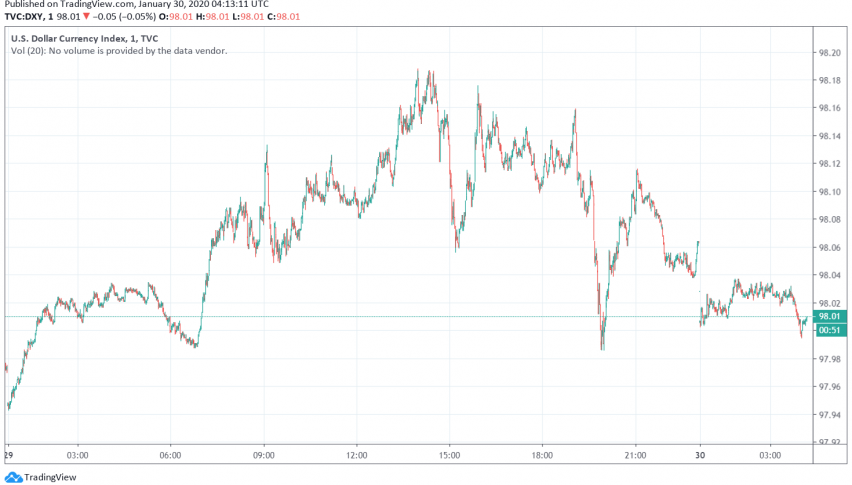 Early on Thursday, the US dollar is trading stronger against other major currencies after the Fed kept interest rates steady and signaled expectations for moderate economic growth in the US this year. At the time of writing, the US dollar index is trading around 98.01.

Concerns about the coronavirus outbreak and its impact on China’s economic growth heightened worries again in global markets as the number of infected and dead patients from China keeps climbing higher. On Wednesday, the Fed Chairman, Jerome Powell, also remarked on the uncertainty about its impact on the global as well as on the US economies.

Meanwhile, the US trade deficit soared 8.5% higher to $68.3 billion during December as imports climbed higher, weighing on the US dollar. After declining for three consecutive months, the goods trade deficit increase is likely to weigh on Q4 2019 GDP, which is due out later this week.

The US dollar also came under some pressure after contracts to purchase existing homes declined at the fastest pace in over 9 years during the month of December.

US Dollar Steadies as Investors Eye Riskier Currencies
2 days ago