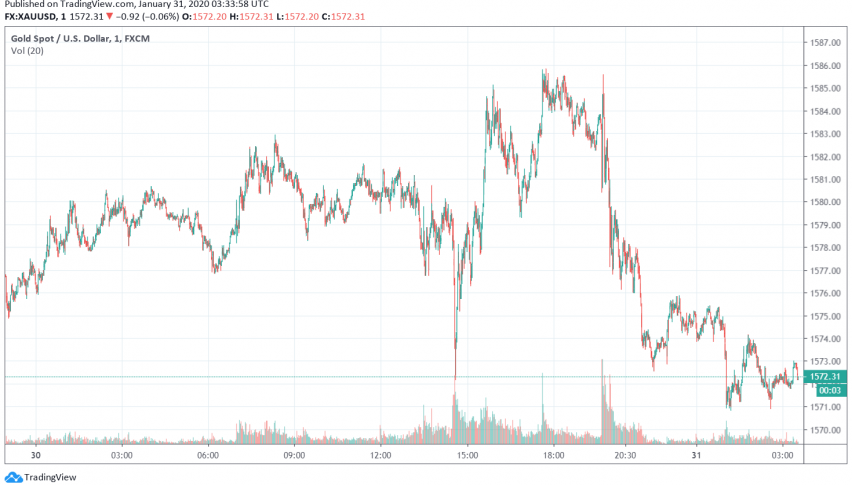 Early on Friday, gold is trading slightly bearish, sliding lower on the release of promising economic data from China which revealed that manufacturing activity held steady while the services sector saw an expansion in January. At the time of writing, GOLD is trading at a little above $1,572.

After several days of bullishness driven by coronavirus concerns, gold prices are finally being impacted by economic news from around the world over the past couple of days. Meanwhile, on Thursday, the WHO declared the outbreak of the virus as a global emergency after over 18 countries worldwide confirmed cases and the death toll in China crossed 200.

However, gold prices edged lower despite the WHO announcement as it added that it did not see any need for travel or trade restrictions with China on account of the outbreak so far. The precious metal’s safe haven appeal has remained in demand over the high level of uncertainty surrounding the possible harm to economic growth as a result of the virus outbreak.

Gold received some support in the previous session following the release of the US GDP figures for Q4 2019. US GDP missed Trump’s ambitious 3% target for the second consecutive year, coming in at 2.3% for 2019.

Selling the Jump in Gold, After GM Announcement
7 hours ago

Gold Violates Symmetrical Triangle Pattern - Is It Going After $1,785?
13 hours ago