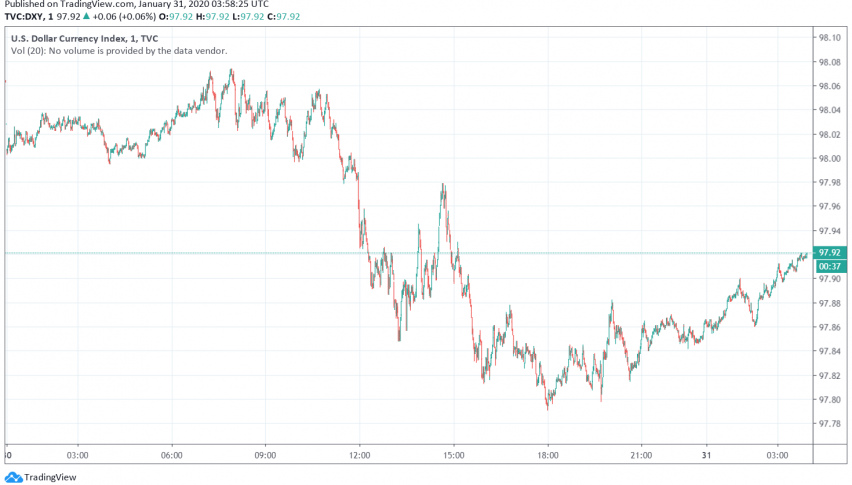 The US dollar is trading slightly weaker early on Friday following the release of the US GDP report in the previous session, which came in less than Trump’s target of 3%. At the time of writing, the US dollar index DXY is trading at around 97.92.

After making a 0.65% gain over the past two weeks as a result the risk-off sentiment in markets about worries that the coronavirus outbreak could hamper economic growth, the safe haven appeal of the US dollar has been diminished by the weak GDP data. Data released on Thursday revealed that the US economy managed to grow at 2.3% in 2019, lower than the 2.9% growth seen in 2018.

According to the Commerce Department, the dip in economic growth was driven by a decline in business investment and the prolonged trade tensions. In addition, consumer spending also grew at a slower pace of 1.8% in Q4 2019 vs. 3.2% in the previous quarter. Consumer spending contributes to around two-thirds of overall economic activity in the US.