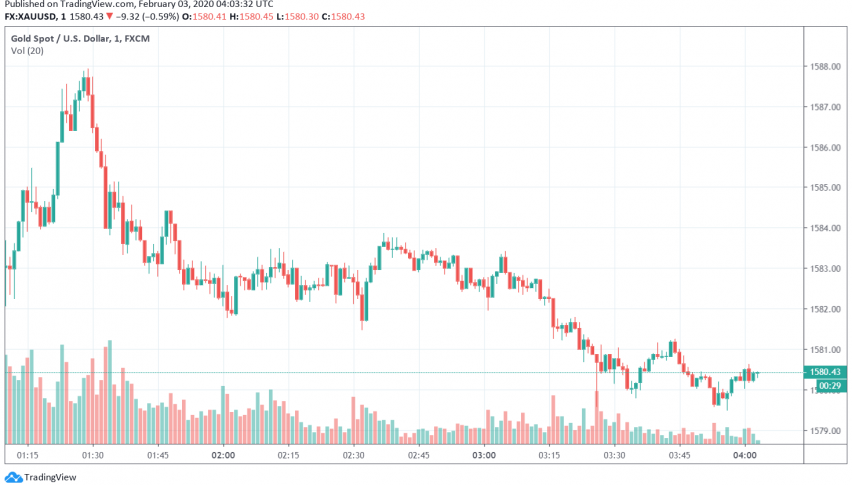 Early on Monday, gold prices have declined on account of a strengthening US dollar and after China’s PBOC injected fresh liquidity into markets to offset any possible weakness in the economy due to the coronavirus outbreak. At the time of writing, GOLD is trading at a little above $1,5

China’s central bank, the People’s Bank of China (PBOC), pledged to inject around 1.2 trillion yuan ($174 billion) into the markets as it tries to protect the economy from any potential fallout of the shutdown caused by shutting down cities, provinces and regions as it tries to contain the spread of the virus. The central bank also announced additional monetary and credit support for businesses directly involved in tackling the outbreak. The injection of additional liquidity is likely to support China’s economy, and has weakened gold prices.

Gold is also trading weaker after the US dollar made some gains at the start of a fresh trading week. The greenback shares a negative correlation with gold, as a result of which gold becomes more expensive to buy for holders of other currencies, denting its appeal.