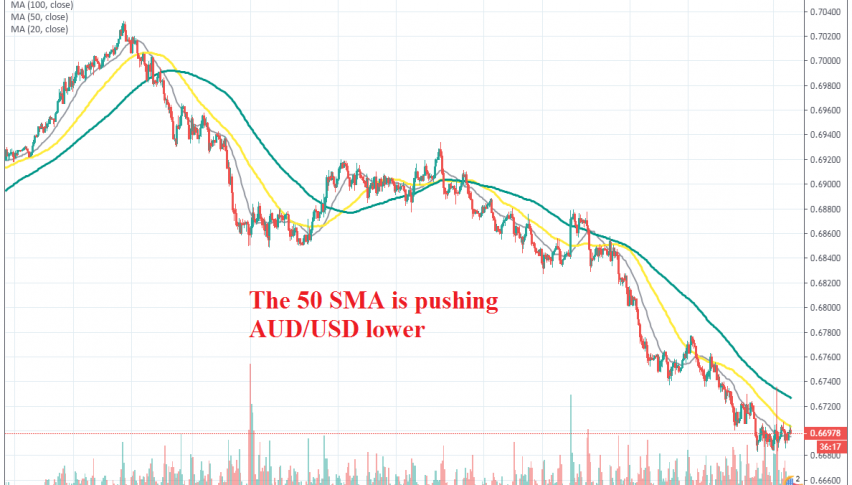 MAs Keep AUD/USD Bearish Ahead of the RBA

The downside is picking up pace on H1 chart

AUD/USD turned bearish at the start of this year, after being bullish during the last few months of 2019. The sentiment improved since October last year, as US and China calmed the trade war rhetoric and eventually found a middle ground in negotiations, signing the Phase One deal earlier in January.

Risk assets such as the Aussie benefited from the improved sentiment, but the US-Iran tensions and the coronavirus in China has hurt the sentiment, which has sent safe havens surging and risk assets retreating lower. As a result, AUD/USD has been bearish since the beginning of this year and has lost around 350 pips from top to bottom.

The downside momentum stalled for about a week by the middle of January, but it resumed again and now the momentum looks pretty bearish again, as the H1 chart above shows. Moving averages have turned into resistance, pushing the price lower, with the 50 SMA (yellow) providing resistance lately. Markets seem worried about the Reserve Bank of Australia meeting tomorrow. They are not expecting a rate cut tomorrow, but the RBA will probably point to one cut in the coming months, hence the bearish momentum in this pair.