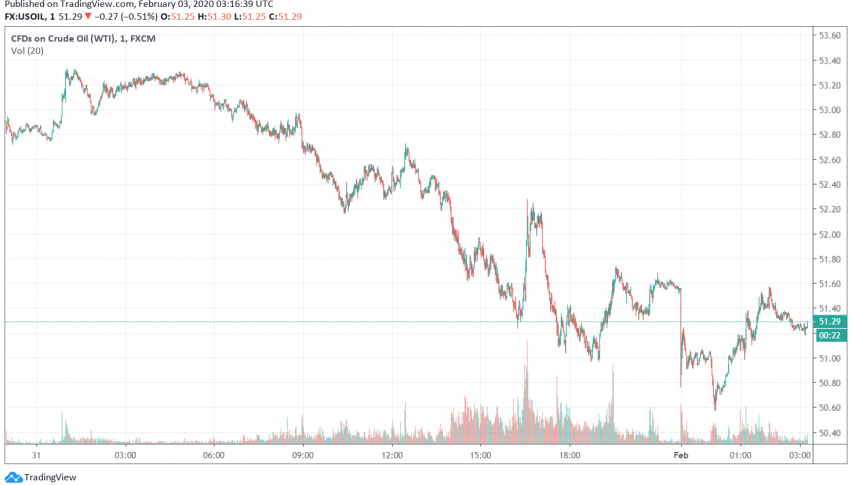 At the start of the brand new trading week, WTI crude oil continues to trade bearish as worries escalate about the coronavirus epidemic have a significant effect in lowering oil demand in China. At the time of writing, WTI crude oil is trading at around $51.29 per barrel.

Chinese markets have opened after the Lunar New Year holidays but the mood remains tense as the government orders more provinces and regions to remain shut and not resume work until at least February 10 in a bid to contain the spread of the virus. The prolonged shutdown is likely to weaken oil demand in China, the world’s largest energy consumer, and keep crude oil prices bearish for some time.

So far, China has reported over 17,000 confirmed cases of patients affected by the coronavirus while the death toll has crossed 360. Crude oil is also trading weaker after the release of economic data which revealed that factory activity in China fell to a five-month low during January.

To offset the weakness in crude oil prices, OPEC has rescheduled its meeting from March to February to discuss possible steps to combat the slide in demand due to coronavirus. Oil prices could see some improvement if the leading oil producers of the world announce deeper curbs in crude production to compensate for the decline in demand.