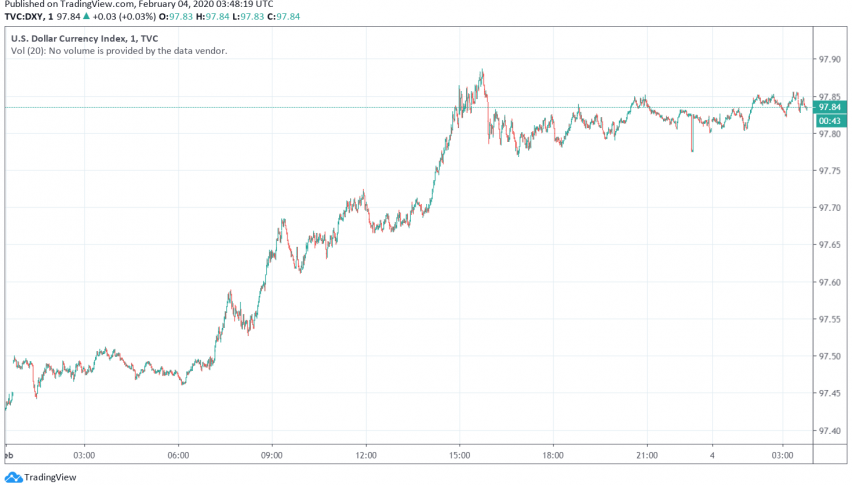 US Dollar Trading Steady After Gaining on a Strong Manufacturing Report

The US dollar is trading steady after gaining 0.44% in the previous session following the release of an unexpectedly strong manufacturing activity report from the US. At the time of writing, the US dollar index is trading at around 97.84.

The dollar received a substantial boost after the Institute for Supply Management (ISM) revealed that manufacturing activity expanded in January after five straight months of contraction. The ISM Manufacturing PMI surged to 50.9 in January from 47.8 in December, rising above the 50 threshold indicating expansion.

The manufacturing sector is likely to have expanded as a result of receding trade tensions after the US and China signed the phase one trade deal earlier in the month. This sector accounts for around 11% of the overall US economy. The ISM also revealed that US GDP posted a 2.4% growth for the month of January, a slight improvement from the previous month and quarter.

The US dollar is also trading bullish over a continued weakness in other major currencies as a result of worries about the coronavirus outbreak’s impact on economic growth. While the Pound weakened against the greenback over post-Brexit worries, other currencies are also trading under pressure over the high level of uncertainty in global markets.

Will the Sentiment Improve As China Comes Out of Contraction?
1 day ago