EUR/GBP Tries to Turn Bullish, But the 50 SMA Continues to Keep the Trend Bearish - Forex News by FX Leaders 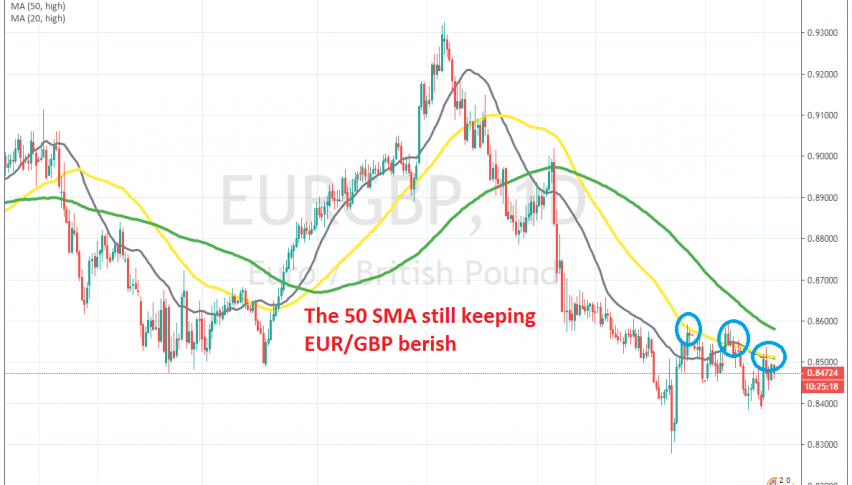 EUR/GBP Tries to Turn Bullish, But the 50 SMA Continues to Keep the Trend Bearish

The main trend is still bearish for EUR/GBP

EUR/GBP turned bearish at the end of August, as manufacturing fell in deep recession in the Eurozone and the bearish trend has continued, with the ECB being pretty dovish. We saw another decent move down in December, after UK election which were won by Boris Johnson, but then the price reversed higher, as the GBP turned bearish.

But, buyers failed to push above the 50 SMA (yellow) on the daily chart. The 50 SMA rejected the price in December, but buyers came back again in January and pushed the price above that moving average for some time. Although, that didn’t last long an the selling resumed again, pushing the price below the 50 SMA.

On Monday we saw a strong move up in this pair, as the GBP turned bearish, but the price found resistance again at the 50 SMA on the daily time-frame. This moving average continues to scare buyers away, so we will see how it goes. If buyers fail to push above the 50 SMA again, then we might open a long term sell forex signal from there.