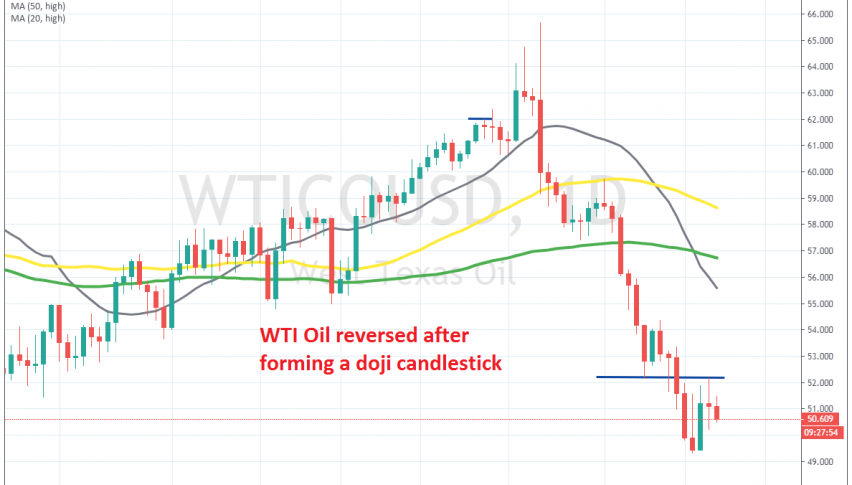 Crude Oil has been bearish since the second week of January, after the US didn’t follow through with skirmishes with Iran. The coronavirus outbreak weighed down on Oil priced and WTI has lost around $16 from top to bottom. OPEC+ cut production further in December, by placing quotas for an additional 50k barrels/day.

But, that doesn’t seem to be enough to keep Oil bullish, now that the Chinese economy might slow down further due to the pandemic. OPEC is thinking about cutting production again, this time by 600k barrels/day, as we heard yesterday, which sent WTI crude around $3 higher.

But, Russia doesn’t seem to agree with further cuts, so the climb ended. New cases of coronavirus have slowed in China, but the pandemic is still pretty scary, so traders are wary about remaining bullish on Oil now. US WTI Oil reversed back down at $52.20s, which was the low earlier in January and it formed a doji candlestick on the daily chart, which is a bearish reversing signal as well, after the bullish signal on Wednesday. We opened a sell forex signal below the support-turned-resistance and are well in profit now, so that was a good trade.