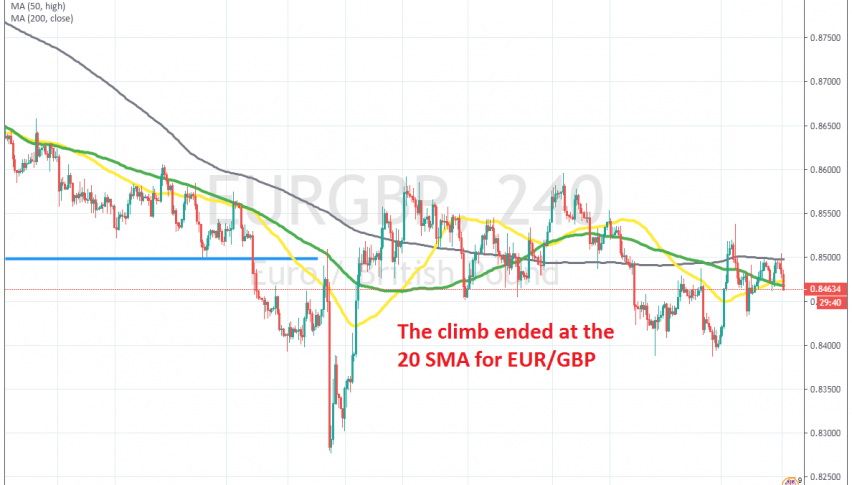 EUR/GBP Reverses at the 20 SMA

EUR/GBP has been bearish for several months, since the ECB turned even more dovish in September last year, cutting interest rates and restarting the QE programme again. The general elections in the UK in December gave the GBP a big boost after BoJo won a clear majority in the British Parliament, sending EUR/GBP further down.

But, we saw a reversal in the GBP after the elections, as traders concentrated on the UK economy, rather than Brexit and the UK economy is not in a good shape, just like the rest of major economies around the globe. EUR/GBP reversed higher again in December.

But, it hasn’t been able to make new highs this year. So, this pair has been trading in a range since mid December, between 0.8580 and 0.9380. In fact, highs have been getting lower and today we saw another reversal down, this time from the 20 SMA (grey) on the H4 chart.

Gold Still Remains the Biggest Beneficiary of Economic Conditions
2 weeks ago
Selling EUR/GBP Below the 20 SMA, Ahead of the BOE Meeting
EUR/GBP has been quite bearish recently, as the BOE has already has hiked interest rates many time and we decided to sell this pair again
2 weeks ago