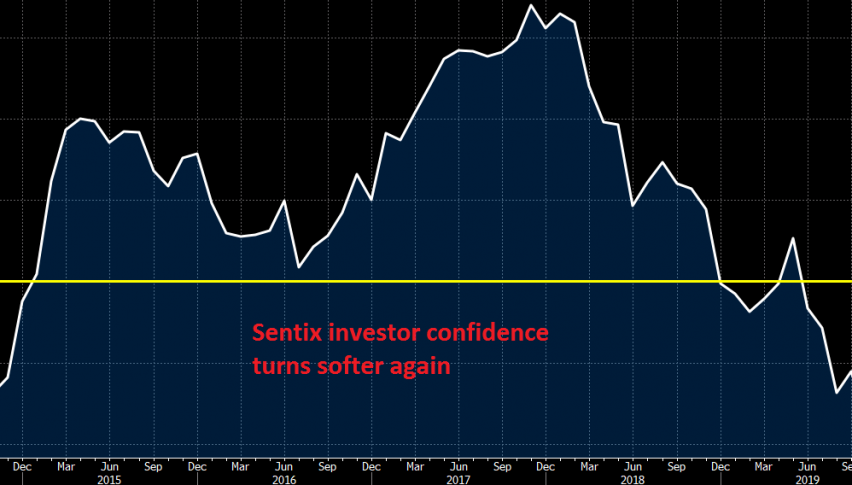 The Investor Confidence is not Going Anywhere in Europe

Investors are not too confident this month

The economy of the Eurozone has weakened considerably in the last two years, together with the global economy. The global trade war, as well as major central banks hiking too much too fast in the previous years, hurt the economy and the economic sentiment too, as well as the investor confidence.

But, it was expected to cool off a bit this month. Investor confidence eased a little after hitting its highest level since November 2018 back in January, as coronavirus fears are tempering with sentiment over the past few weeks. It missed expectations of 6.1 points, falling to 5.2 points.

That said, Sentix notes that investors are still relatively relaxed over the virus outbreak with global confidence being largely hit by worries surrounding the Chinese economy. So, the confidence is not improving too fast and I expect it to remain around these levels for months to come.

EUR/USD Down the Slippery Slope Despite ECB Reminding Us High Inflation
19 hours ago
EUR/USD Facing the 200 SMA As Sentiment Remains Negative
We have turned bearish in EUR/USD as the bullish pressure fading and the price heading for 1.07 now
2 days ago