Who Wants to Sell the Retrace in Crude Oil? - Forex News by FX Leaders 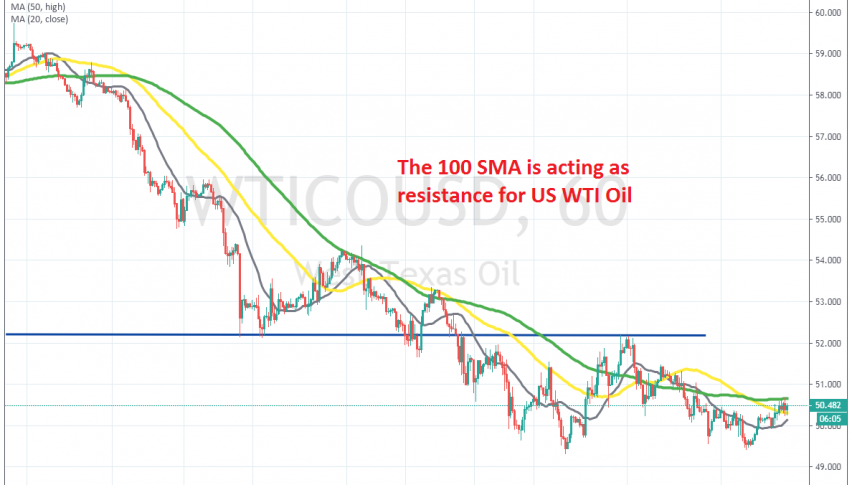 Who Wants to Sell the Retrace in Crude Oil?

Crude Oil turned bearish in the second week of January, after having quite a bullish month in December, following OPEC’s decision to cut production further and the tensions in the Middle East, between US and Iran. But, the sentiment turned negative for Oil after the coronavuirus outbreak in China, which is keeping everyone on their toes.

Business has slowed in China, which is keeping the demand subdued for Oil. As a result, WTI oil has lost around $16.50 from top to bottom, breaking below the $50 level. During this period, moving averages have been providing resistance, the smaller ones such as the 50 SMA (yellow) when the trend was stronger, and the larger ones such as the 100 SMA (green) when the trend slowed.

Today we are seeing another retrace higher and the price has moved above $50. The 20 SMA (grey) and the 50 SMA. But, the 100 SMA is standing strong, providing resistance. We could have gone short here, but we are already long on USD/CAD, which is pretty similar, so we don’t want to get too exposed. If you can afford it, you can look for a sell trade around here.