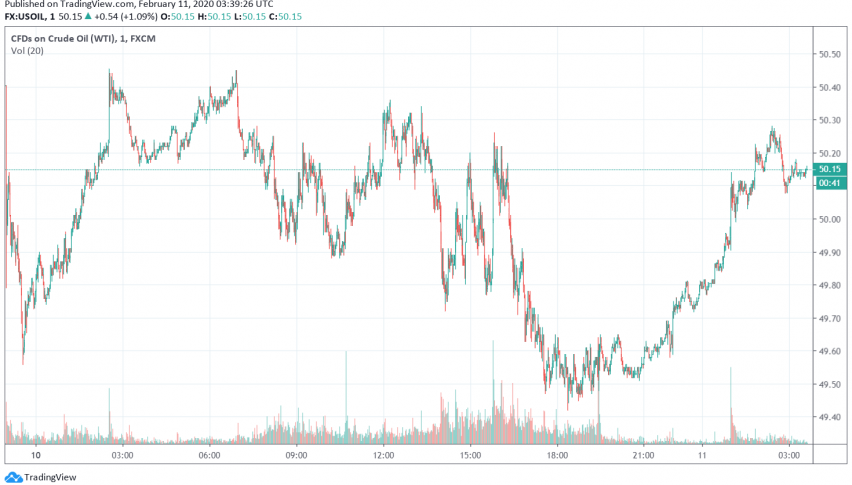 WTI crude oil prices have witnessed a sharp climb, gaining over 1% early on Tuesday as investors who held short positions indulged in profit taking. At the time of writing, WTI crude oil is trading at around $50.15 per barrel.

However, the sentiment in oil markets still remains wary over the fears of the coronavirus outbreak damping the demand for oil in China, the world’s largest energy consumer. This has caused WTI crude oil to slip to a crucial technical support level, driving those who went short on oil to book profits on their trades.

So far, China has confirmed over 42,000 cases of coronavirus while the death toll has exceeded 1,000. On Monday, the WHO cautioned against the outbreak spreading to countries outside China being a cause for concern. 24 countries worldwide have confirmed cases and the virus has already started impacting other economies, including that of Japan and Singapore.