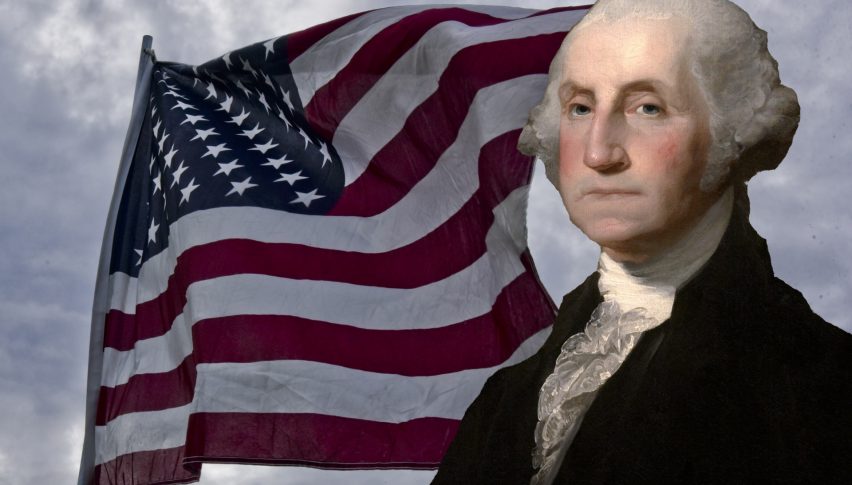 Happy President's Day to our followers from the US

Financial markets have been pretty quiet today. Although, we anticipated them to be so, because the initial panic of the first two-three weeks from coronavirus wore off last week, despite the number of infected people keeps going up. The total number of infected people has gone above 70k, while deaths above 1,7k. But, it seems like markets have gotten used to the virus now and are not to shocked. As a result, traders are standing on the sidelines today and the lack of economic data has made things pretty boring in forex.

Chinese stock markets turned pretty bullish earlier in the Asian session though, as China kept up the stimulus measures to help the economy a this difficult time. Although, Chinese officials seem more optimistic today, as the pace of the spread has slowed in recent days. China’s NHC (national health service) said earlier this morning that new coronavirus is preventable and treatable. Sure, there have been quite a few people who have recovered, but it still is a tough virus, otherwise China would have dealt with it. So in other words, they are trying to change the public mindset to get the economy back up and running once again. On the other hand, Xinhua reported that Beijing will build a new mask factory within six days to meet the soaring demand for masks. This tells the opposite story of what the Chinese officials are trying to tell us. 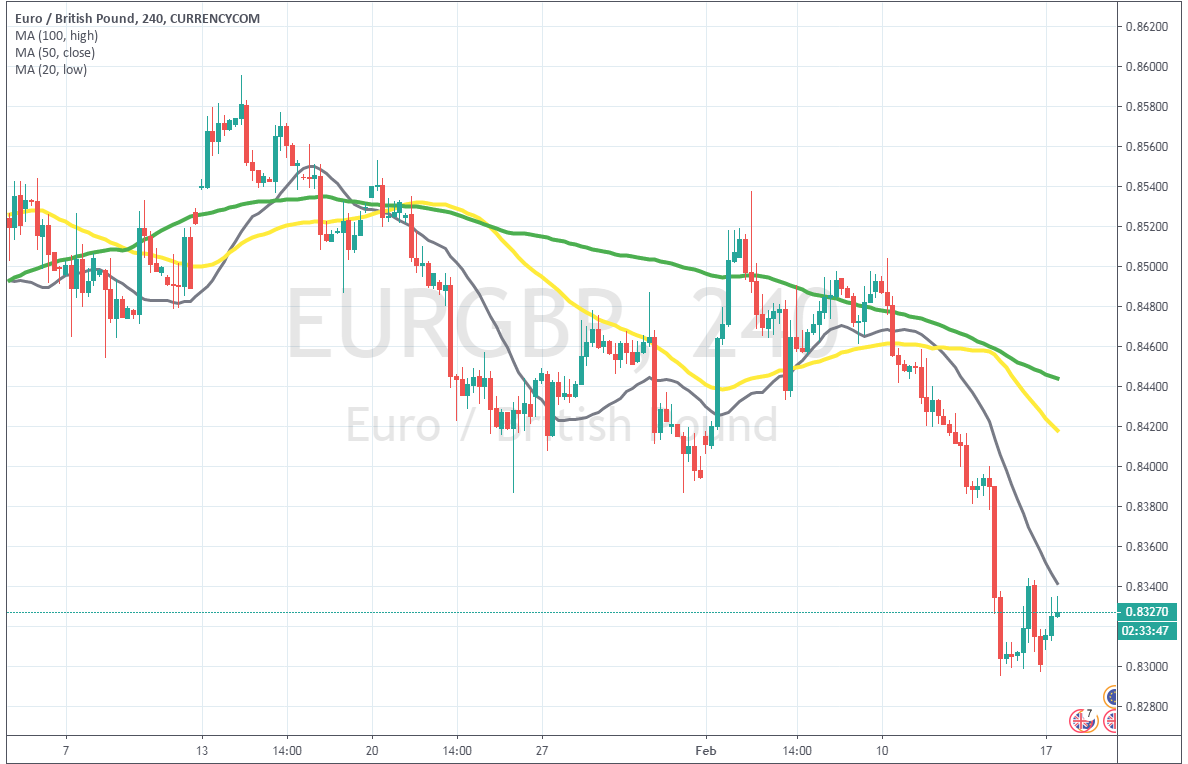 The 20 SMA should turn into resistance again now

EUR/GBP has been bearish since August last year, but after going through a consolidation period in December, it resumed the bearish trend again towards the middle of January, as the sentiment turned negative due to Coronavirus. The Euro follows the sentiment as a risk currency, while the GBP is mostly concentrated on Brexit and the economic impact, which has been positive after the UK elections.

So, the trend has been bearish as the sentiment has been negative. The sentiment improved in the first week of this month and we saw a retrace higher on the H4 chart, but it ended pretty quick and EUR/GBP resumed it’s bearish trend, making some new lows last week. Today we are seeing another retrace higher, but buyers seems exhausted now, since they haven’t been able to make new highs for several hours. It seems like we will see the same scenario unfold, as we did on Friday last week. Some, we decided to take this chance and open a sell forex signal in this pair, now waiting for the bearish trend to resume.

Markets continue to remain really quiet today and I expect them to die out, as we head towards the end of the day. US markets are already closed due to President’s Day, while the economic data has been minimal. On the other hand, traders seem uncertain about the coronavirus right now, whether it will be brought under control or if it will turn into a global pandemic, God forbid, so everything is on standstill.