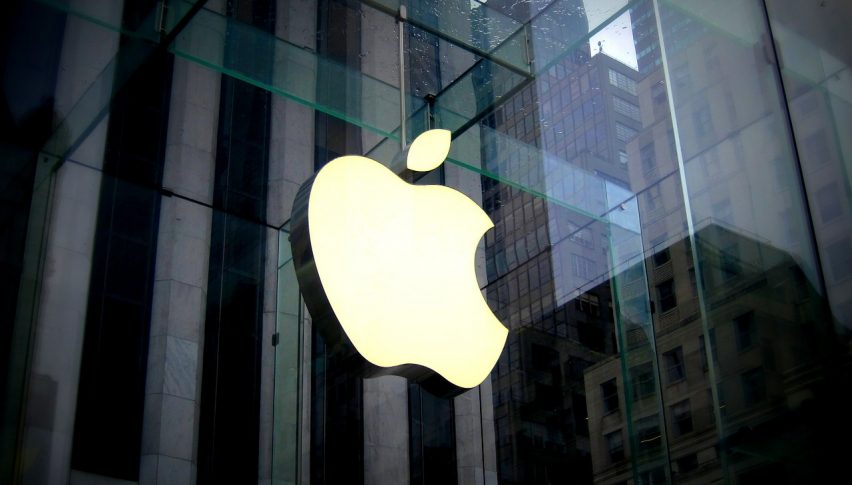 Apple expects lower revenue in China due to coronavirus

The risk sentiment improved somewhat this week, despite the increase in coronavirus cases. But, the initial panic is over and it seems like the virus might be contained within China, the largest part that is, because there have been cases outside of China, but it seems to be in control. So, the sentiment improved this week, but it has turned negative again today. But, rather  than due to the coronavirus panic, the sentiment has been hurt by the effect of the pandemic in the economy. Moody’s has lowered China’s economic growth, from 5.8% to 5.2%, while international corporations are expecting lower revenue due to the virus.

Apple said last night that they now expect lower returns to normal conditions in China with demand curbed within the country and doesn’t expect to meet revenue guidance this quarter. Walmart also added to the vows, with earnings for Q4 of last year disappointing. Earnings also cooled off in the UK as well in December, ad today’s report showed, while the virus has hurt the economic sentiment in the Eurozone, which turned lower this month, after jumping higher in January. So, risk assets have turned bearish again today. 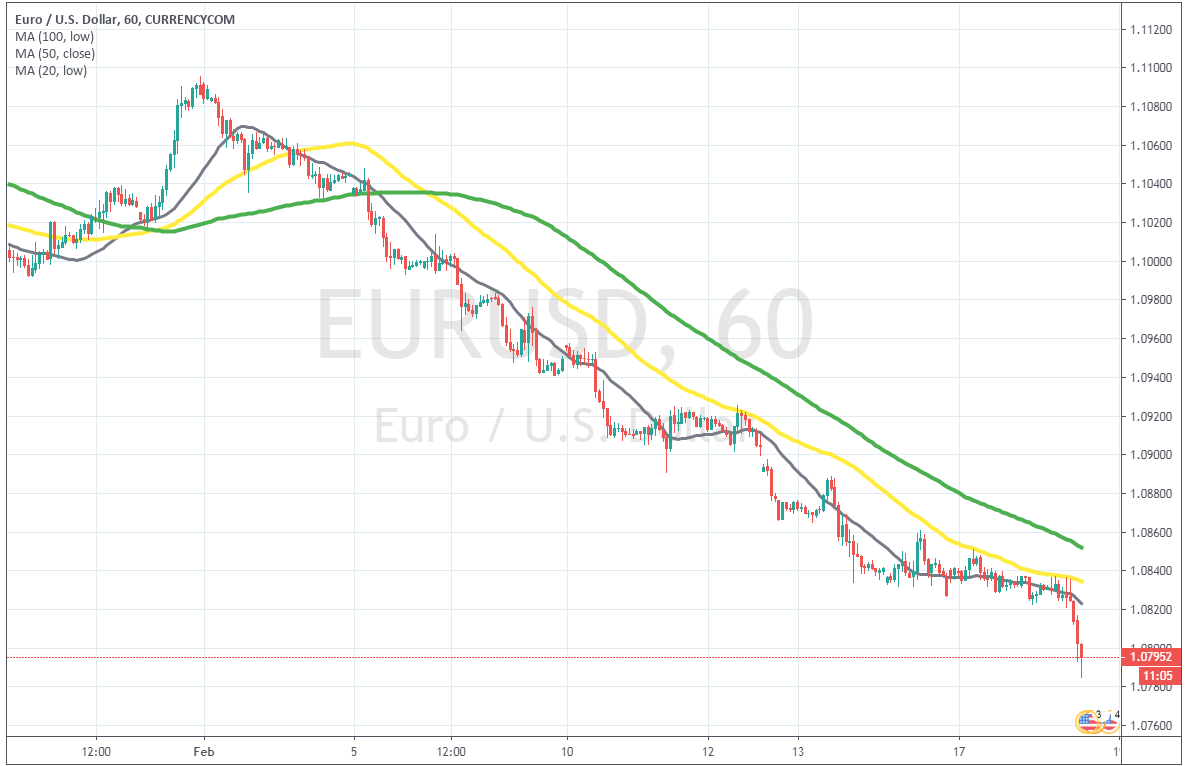 EUR/USD has been bearish since early January, as the sentiment turned negative following the escalation of tensions between US and Iran in the Middle East, while coronavirus turned the panic button on, which has sent risk currencies tumbling lower. As a result, EUR/USD has lost around 450 pips, from top to bottom. Today, we saw another decent bearish move, which started after the softening ZEW sentiment this morning. The jump in the US Empire State manufacturing index earlier on gave the USD a push higher, which sent EUR/USD below 1.08. So, now the road is open for 1.05, as i mentioned a few days ago.

Moving averages have also been doing a great job in providing resistance during the weak pullbacks, pushing the price lower for this pair. The 20 SMA (grey) was doing that job in the first week, when the trend was really strong. Then, the 50 SMA took over and we saw EUR/USD tumble lower today, after the 50 SMA rejected it several times. So, as long as the price stays below these moving averages, then sellers will remain in control.

The sentiment has turned negative again today in financial markets. Stock markets opened lower in the European session after Apple announced that it expects lower revenue, especially in China. The pace of coronavirus spread has slowed, but the impact on the Chinese economy will be severe nonetheless.

UK Inflation Surge Outpaces Wage Growth
2 months ago
Is GBP/USD Heading for 1.20?
GBP/USD has made quite a comeback from the abyss back in September and is eyeing 1.20 now
2 months ago