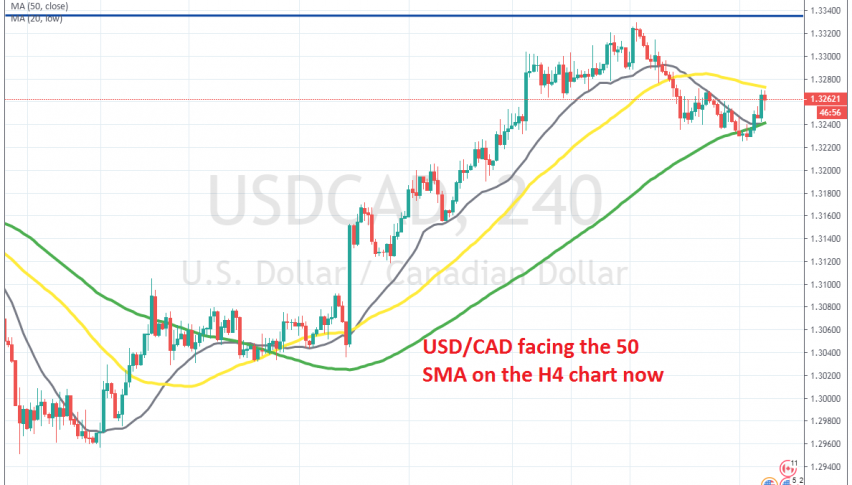 USD/CAD has bounced off the 100 SMA today

As we mentioned in another article earlier today, crude Oil has reversed back down today and lost more than $1, after making a $4 retrace higher during the last several days. As a result, the CAD has strengthened and USD/CAD lost more than 100 pips.

But, today the climb has ended in crude Oil. OPEC is trying to cut production again by 600k barrels/day, but Russia is not in line with that. Russia’s Novak said earlier that they are still continuing talks with OPEC+, according to the Kremlin press secretary, so no decision yet and crude Oil has slipped lower.

USD/CAD was trading round the 100 SMA yesterday, but has bounced off there today and is around 50 pips higher now. After all, the main trend is still bullish on the H4 chart. But, buyers are facing the 50 SMA (yellow) now on the H4 time-frame. Now let’s see if buyers have enough strength to push above the 50 SMA. But, we will have to follow the price of crude Oil for direction. If the decline continues in Oil, then USD/CAD will probably move above the 50 SMA, if not, then this pair will likely retreat from the 50 SMA.