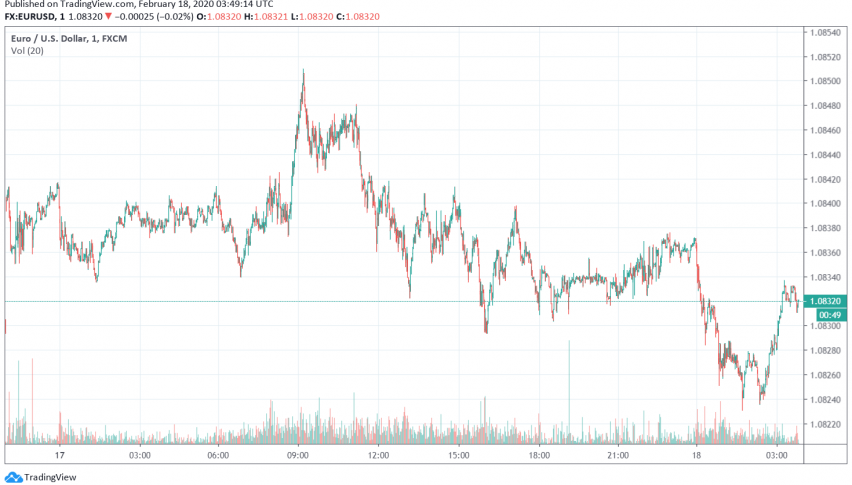 The euro continues to trade weak against US dollar, hovering close to the lowest levels in nearly three years as markets get increasingly concerned about a potential slowdown in the Eurozone economy. At the time of writing, EUR/USD is trading at around 1.083.

With US markets being away on holiday in the previous session, all eyes were on European markets with recent economic data releases hinting at possible weakness across European countries, especially in Germany. Manufacturing data as well as GDP out of Germany have disappointed markets lately and increased the bearish pressure on the euro.

In contrast the US has been releasing robust economic data of late, reassuring markets of strength in the US economy. So far this month the euro has lost around 2.4 % of its value against the US dollar, driven lower even as the dollar continued to gain as a safe haven currency on account of coronavirus tensions.

Later today, the euro can see some movement on the release of German ZEW economic sentiment data. Expectations are that the sentiment will have declined to the weakest level in over four years.