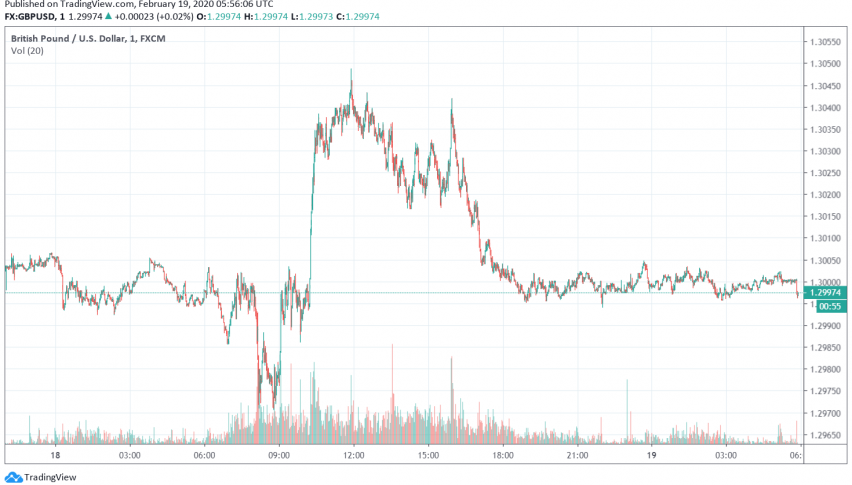 Early on Tuesday, the Pound has weakened against the US dollar once again after having climbed above the 1.30 level during the previous session, as worries about Brexit negotiations between Britain and the EU gripped the markets. At the time of writing, GBP/USD is trading at around 1.299.

While strong employment figures offered some respite, trade negotiations between the EU and Britain remained in focus, driving movement in the GBP. Both regions appear to be taking hard stands against each other, heightening concerns of a possible no-deal Brexit scenario taking place when the transition period ends on December 31.

Britain’s Brexit negotiator David Frost has stated that his country should be given the freedom to set its own laws instead of being forced to follow EU’s rules and regulations in order to get a free trade deal. Britain is worried that adhering to EU’s rules will eliminate the possibility of Britain gaining a competitive edge in international trade as it won’t have as much control over its trade policy.

On Tuesday, however, GBP/USD received a brief respite after assurances by the UK Chancellor, Rishi Sunak, that the annual budget will b presented as per the original schedule on March 11. Sunak’s appointment as the finance minister had helped strengthen the Pound last week over rising hopes that the government will unveil more fiscal spending measures to support the British economy.