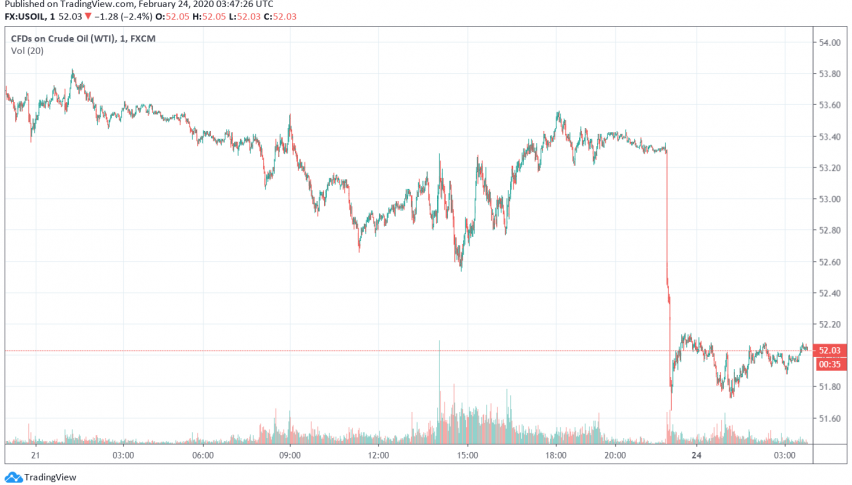 At the beginning of a fresh trading week, WTI crude oil prices have tumbled nearly 3% lower as more number of coronavirus cases get reported internationally, especially in South Korea, Iran and Italy. At the time of writing, WTI crude oil is trading at around $52.03 per barrel.

Last week had offered some relief to oil markets over hopes that outbreak can be contained and its economic impact would be short-lived and easy to recover from. In addition, the sentiment had also improved as China reported fewer cases of infection from the Hubei province, sparking hopes of a revival soon.

However with the virus now spreading globally, the focus once again shifts to how the outbreak can slow down the world’s economy. Crude oil prices have weakened after South Korea confirmed over 700 infected cases and a death toll of 7 , while Iran confirmed 43 cases and 8 deaths from the coronavirus.

Further bearishness in crude oil was driven by concerns of increasing supply after the US reported an increase in oil rig count for the third consecutive week. A higher number of oil rings indicates possible higher production of crude oil in the near future.

Gold Violates Symmetrical Triangle Pattern - Is It Going After $1,785?
13 hours ago