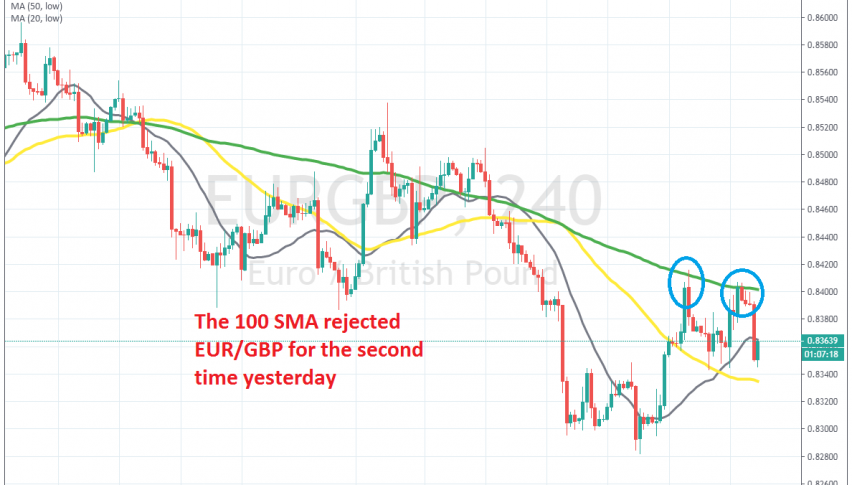 EUR/GBP Reverses Down From the 100 SMA

Sellers are back in control on EUR/GBP

Yesterday we decided to go short on EUR/GBP and opened a sell forex signal below the 100 SMA (green) on the H4 chart. This pair has been on a bearish trend since August last year, when it reversed down, following the deep recession in European manufacturing.

So, we have been trying to go with the trend in this pair, selling retraces higher. Last week though, this pair retraced higher as the GBP turned bearish and it pushed above the 20 SMA (grey) and the 50 SMA (yellow) on the H4 time-frame.

But the 100 SMA (green) turned into resistance and the retrace stopped there. The price reversed down from there, but the decline stopped at the 50 SMA, which seems to have turned into support now. Yesterday the price bounced off that moving average, but the 100 SSMA held once again as resistance. We sold EUR/GBP below the 100 SMA and the price hit our take profit target as it slipped lower during the night. So, that was a good trade, which made us some nice profit.